As I sit here in my kitchen hearing the rain on the window and wearing a woolly jumper and slippers, I fear the lovely Summer may be over.  But we packed in lots of fun whilst we had sunshine over the weekend.  Someone commented to me the other day that we seem to manage to do lot of exciting stuff with the children – but I just think it’s because we live in London, there’s just so much to do! Many people choose to move to the country when they have families – but I think this is just the best place to be with little ones!

We started our weekend up the road in West Dulwich at Ruggerbeez with Alex.  I try not to be a pushy mum, but it’s no secret that I’d love Alex to enjoy rugby! We tried the highly recommended rugby class when Alex had just turned two, but he was a bit young for it and wasn’t much of a fan of following instructions in the rain!  But it went much better now he’s nearly three.  He still had trouble paying attention to follow the instructions (but I think that was his current penchant for ignoring authority!) – but when he did take part, he loved it!

He loved kicking the ball (future Jonny Wilkinson?!), enjoyed the obstacle course and liked playing “What’s the time Mr Rugby Wolf?!”  I think we’ll take him next week and see if he still likes it then. 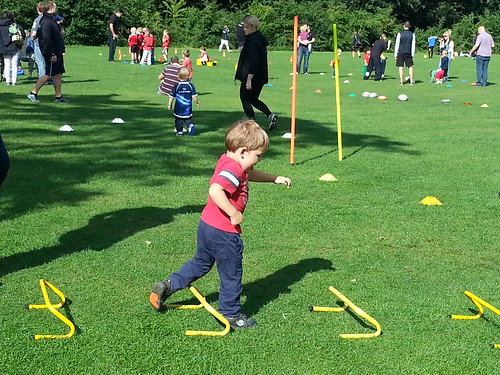 Sophie and I enjoyed a nice walk around Dulwich Village while the boys were at rugby, and then we all headed up to the Southbank to check out the Woodland Garden on the Queen Elizabeth Hall rooftop!  The sun came out on cue and we enjoyed wandering around the surreal but beautiful space – it was great scooting territory for Alex.  I love the views of the river you get from up there.

Once we’d exhausted the garden, we ambled along the South Bank – Sophie having a nap in her buggy whilst Alex played in the big temporary sandpit.  He loved watching the skateboarders doing their tricks in the skate park there and was particularly impressed at the person doing jumps on a scooter!  We walked right along the river to London Bridge to pick up ice cream in Borough Market (it’s worth the walk for panacotta flavoured ice cream!) and cakes from Konditor – I’m sure we burned off enough calories to justify them…

On Sunday, we started our day with a fab family swim in Battersea – Alex is obsessed with the elephant slide at the Latchmere pool!  Sophie just loves being in the water – she goes a bit mad spashing and laughing.  Once we’d coaxed them away from the waves, we headed into Kensington for a spot of lunch and a trip to the Princess Diana Memorial Playground (thanks David Poteet for the recommendation!) – I’d not been there before, but it was really worth the trek over the park.  Based on a pirate ship, the playground was enormous.  Alex was in heaven with lots of sand, water, climbing frames and the huge ship.  He rather terrified us by immediately climbing right to the crow’s nest on his own – but he did a great job and managed to get down again – phew!

Sophie enjoyed it too, managing not to eat too much sand and loving cruising around the rocks and wooden boats 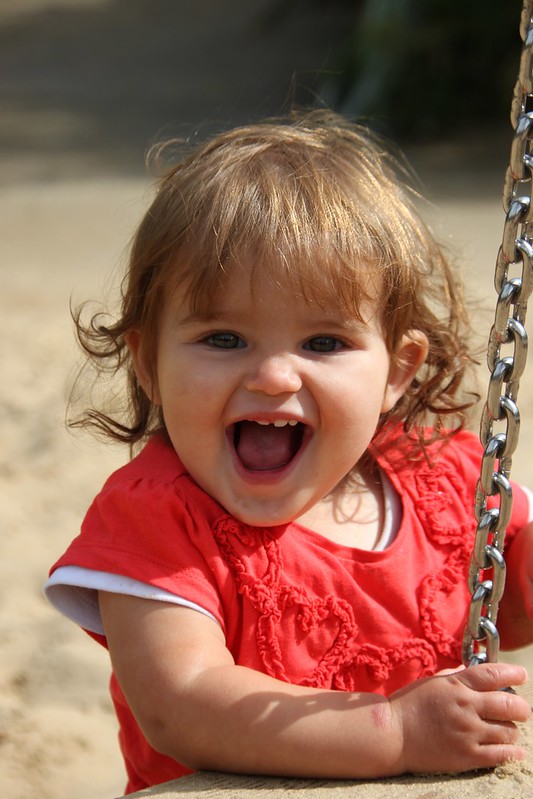 I made a pretty poor attempt at photographing them together – they are not very cooperative!  I have much respect for professional child photographers! 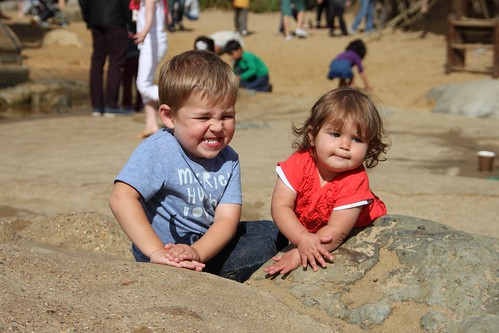 I’ll get one of them both together one day – even if I have to pay someone else to do it! Any volunteers!?

We walked back to the car via the Serpentine Gallery to see what this year’s Pavilion was like – and we weren’t disappointed.  Sou Fujimoto’s installation was stunning and made the perfect climbing frame!

We’d parked at my office, and Alex had a fun time climbing all over the Imperial College Lions – here he is having a good roar (one for next years prospectus maybe?) 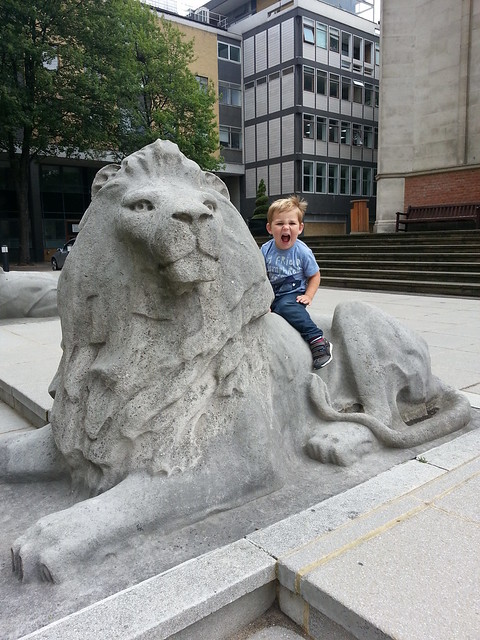 Got an exciting week ahead as my baby boy turns three years old – how is that possible?  More on the birthday celebrations soon…