Sophie spent Tuesday morning with Jacqui, our childminder, as part of her gradual settling in – leaving Alex and I to have a morning together.  Since Sophie was born, I’ve had very little time with Alex on his own, so it was quite a treat for me, and I tried to make sure it was for him too!

We started our morning enjoying a scrummy breakfast at the Lido Cafe.  Alex was very well behaved (which was a relief because it turns out that on weekday mornings, the cafe is full of professional people working at their laptops) – a cBeebies sticker magazine kept him occupied until his croissant and milkshake arrived! 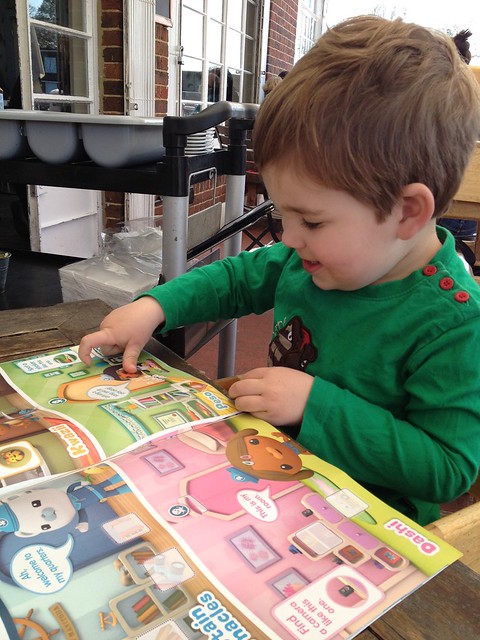 He kept looking at the lido trying to spot his daddy expecting to see him swimming there!

We then walked over the park, enjoying the views of London, to the brilliant adventure playground.  It’s a few months since we’ve been there, and I was amazed at how much Alex had developed physically.  He refused to stick to the toddler climbing frames, and instead headed straight for the scarily high ladders and bridges.  I tried to remain calm when he climbed onto frames that were far too high for me to reach him – and thankfully, he managed not to fall off.  He adored it so we must make sure we visit again soon: 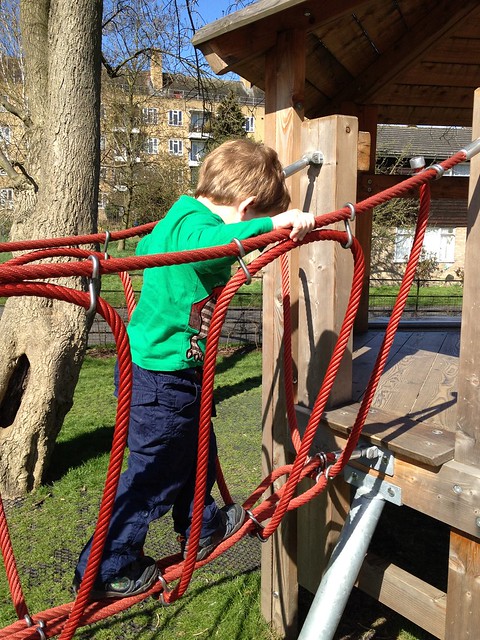 Sadly we didn’t have much time as we had to dash into Brixton to go to the toddler cinema at the Ritzy. This was Alex’s second trip to the cinema, having gone with his childminder at Easter – and it turns out he really enjoys it!  He managed to sit relatively still to watch three episodes of Rastamouse (!) and, of course, very much enjoyed munching on popcorn!

All too soon, it was time to head back to Jacqui’s to swap children!  As soon as we arrived, Alex was off playing with his friends and bouncing on Jacqui’s trampoline, so he barely noticed when I left with Sophie!  We ladies had a very chilled out, quiet afternoon.  Sophie did a wonderfully long afternoon nap so I caught up on lots of admin and enjoyed the sunshine in our garden.  When she was up, we had a lovely walk into Dulwich Village to the new cake shop for an afternoon treat.  All in all, a fabulous day.

Here’s Sophie during her morning at Jacqui’s: 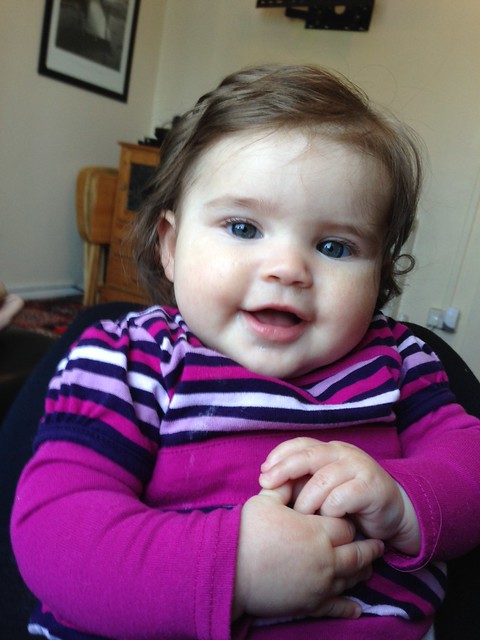 It’s hard to believe my maternity leave is almost over.  Sophie starts properly at the childminder at the end of next week.  I then have a week to myself to get organised before starting back at Imperial on 14 May.  How fast has this time gone?