It’s been a weekend of culture with family Agar visiting two different museums.

Yesterday, tipped off by twitter, we ventured out to Acton to visit the London Transport Museum depot which was having an open weekend.  Now I’m a massive fan of the London Transport Museum in Covent Garden – it is heaven for Alex with brilliant exhibits and lots of hands-on fun for toddlers.  But its depot turned to be a wholly inappropriate place to take a toddler!

Things didn’t start off well with a 20 minute wait in a queue to get in, but we were still looking forward to seeing some steam trains in action, model railways and other exhibits.  Once inside, we found it absolutely packed full of people and a huge amount of antique transport machinery most of which was not ideal for a toddler to touch.  It was incredibly stressful trying to pull Alex away from exhibits and people’s feet.  There were loads of model railways – but they were the kind that were to be admired from a distance, something Alex didn’t really understand.  Poor boy.

There were some highlights though – we loved seeing the Metropolitan Steam Locomotive No.1, celebrating the 150th anniversary of the Underground: 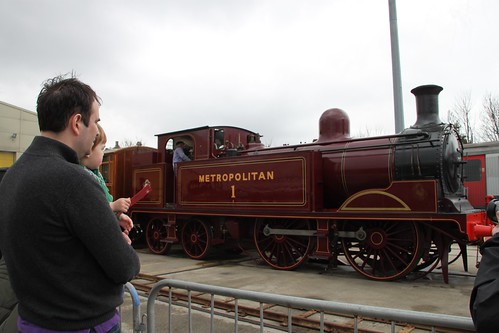 And I was tickled to see a very early incarnation of one of our local buses – we live just off Half Moon Lane: 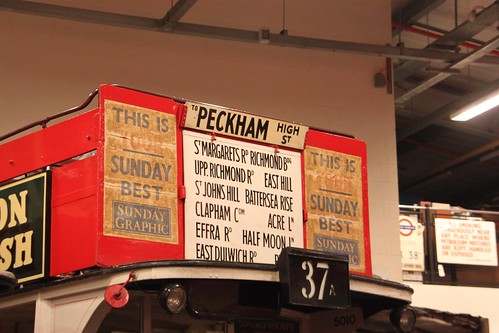 But we escaped the depot pretty quickly and headed over to Ealing Common for a pub lunch.

Today was much more successful as we popped to our local favourite, the Horniman Museum where we met our friends John and Sladana, and their daughter Sasha. It was a properly warm and sunny day, so we spent a lot of time playing in the gardens there. But of course, we enjoyed the museum itself with an obligatory trip to their little aquarium and musical instrument collection.

After a pub lunch in the packed Florence in Herne Hill, we’ve had a quiet afternoon in the garden.  Alex “helped” Matt mow the lawn with Sophie and I observing from a safe distance!  Here she is showing off her beautiful eyes: 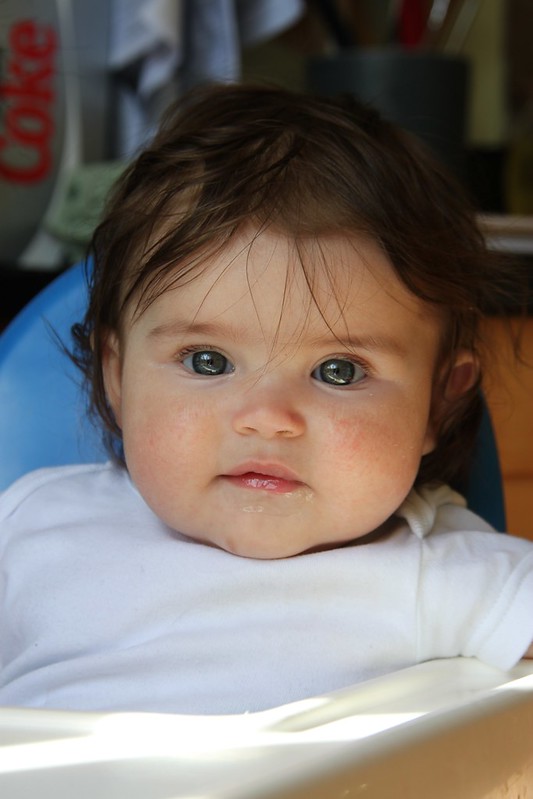 In other news, potty training is going very well with Alex finally pooing in his potty (I won’t share the photographic evidence sent to me by our childminder! Not one for the family photo albums!).  He’s having fewer accidents thankfully, so hopefully the worst is over.  His reward for doing so well was some Octonauts toys – he’s obsessed with the CBeebies programme, and I’ve never seen him so excited by a toy than his “Octopod”: 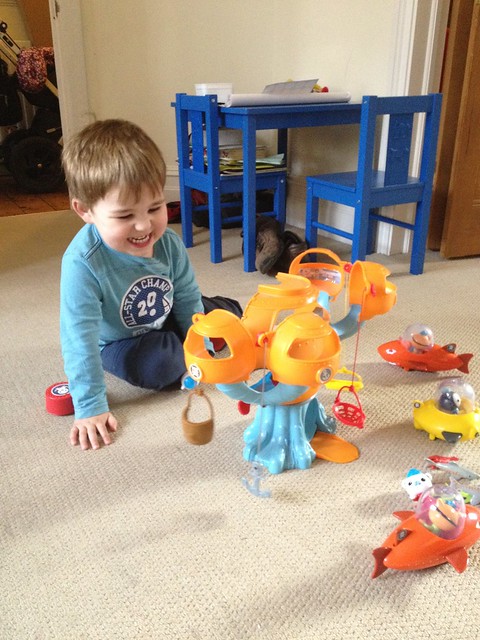 Before I go, here’s another cute Sophie picture of her enjoying some tummy time this week: 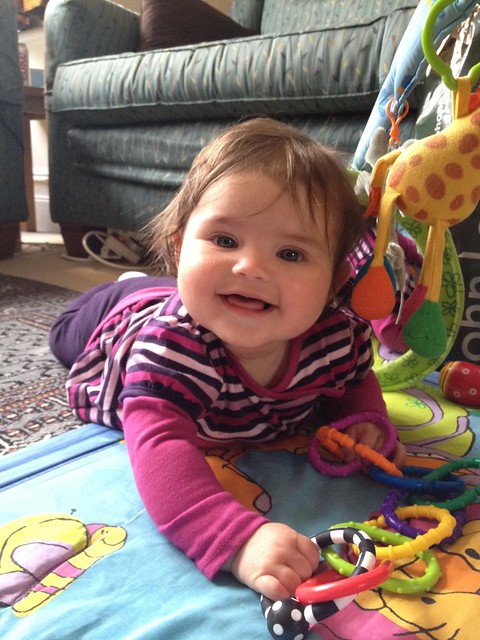