We picked the perfect weekend to go on a trip to the country.  For Sophie’s first night away, we headed up to rural Oxfordshire to visit NCT friends Bryony and Dan.  The sun finally came out and temperatures rose enough for us to spend most of our time there outside – hoooray!

We drove up on Saturday morning, Alex very excited on the long car journey about seeing his friend Freddie.  He didn’t quite understand that we were going to a place called Oxford though, preferring to get excited about visiting an octopus!  Bryony was prepared and displayed an octopus picture on her front door for Alex – so her house is now known by Alex as the Octopus House!

We spent Saturday afternoon enjoying lunch and plenty of time playing in Bryony and Dan’s lovely garden.  For pretty much the first time this year, our boys were able to play for hours outside, and you could see them blossom in the sunshine.  Alex looked so happy! 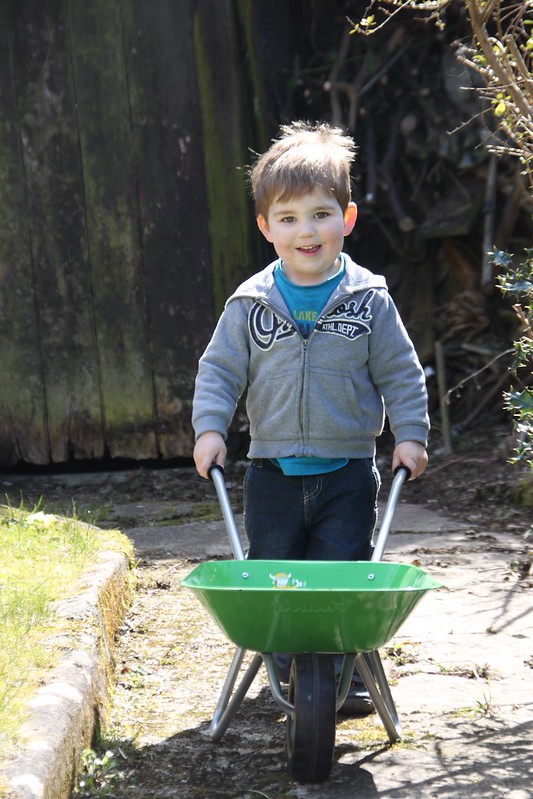 We headed off on a long walk out of their village down to the local river, where the boys played pooh sticks under the little bridge there.  Bryony and I settled down on a hillside for a relaxing gossip and the most scenic feed Sophie has ever had, whilst the boys rolled down the hill and covered each other in grass and leaves.  Alex was in his element: 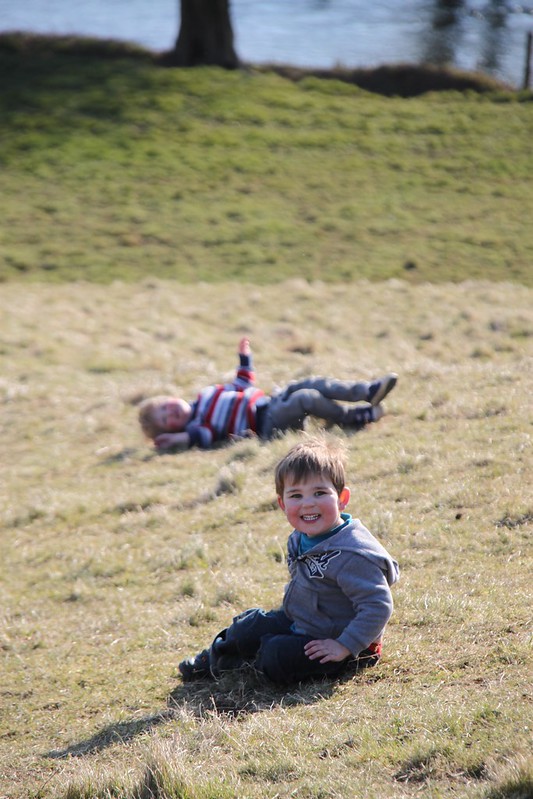 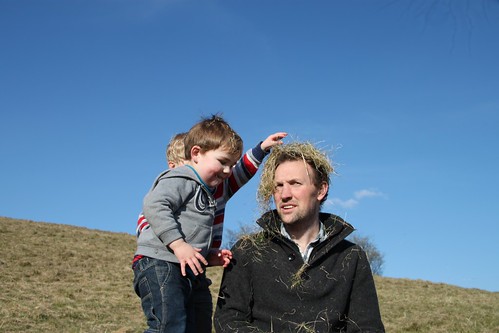 The children were so exhausted after a long afternoon of playing they were all asleep in seconds, leaving us grown ups plenty of time to eat a yummy dinner and catch up properly.

Sunday dawned clear and sunny, so we headed off to the grounds of Blenheim Palace for a walk.  The boys (reluctantly) took turns on Freddie’s scooter and balance bike, and Alex loved walking over the cattle grids (particularly when we told him that there were crocodiles lurking beneath so he shouldn’t put his feet down the gaps!) 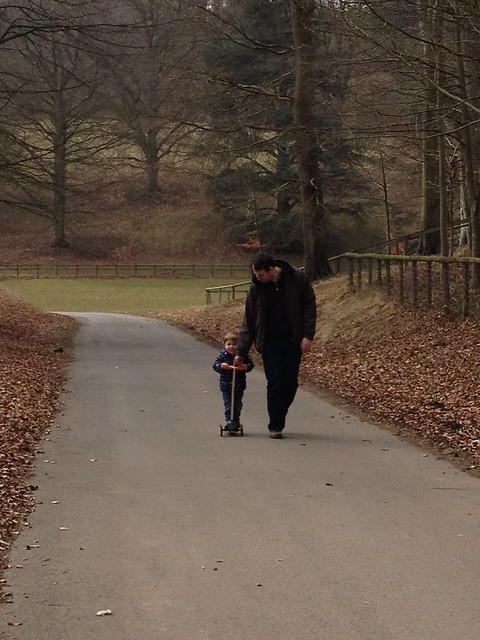 Once we’d worn the boys out again, we drove over to the stunning village of Wootton where Dan and Bryony are moving for a big Sunday lunch at their future local pub, The Killingworth Castle (well worth a stop if you’re passing) and play in the neighbouring park.  Then it was sadly time for the long drive home – during which the children thankfully napped leaving Matt and I time to listen to music in peace 🙂

It really was a fabulous weekend away – and makes me want to get up there much more often.  Alex is missing Freddie, asking me all day today if we could go to “Fred Fred’s house”! Very glad that my parents plan to move to that part of the country when they return from the USA in June.

For those of you who love photos, here are more snaps from the weekend:

Back in London now with a busy week ahead.  Sophie will be spending a few hours at Jacqui’s this week so i can take Alex to his 2.5 year developmental check and first dentist appointment! More from Family Agar soon.