[Just spotted that I never published the following picture post, written a couple of weeks ago… so belatedly, here it is.  More to follow!]

Can’t believe I haven’t blogged since Easter!  It’s not because we haven’t been busy, doing lots of fun things – I think it’s because the weather is so poor that I’m less inclined to take pictures and share them!  The forecast is looking up, so hopefully it won’t be another month till my next post!

It’s been a busy few weeks.  We’re really settled into our new house – to be honest, I rarely think about the old house and feel like we’ve been here for years.  Alex has adjusted brilliantly – and I think really enjoys all the extra space to run around in.  He particularly likes the long hall with its wooden floor – perfect for his little trike!  And, now we have a little play table and lots of railway track, the playroom is becoming very popular!

So, what have we been up to?

We’ve met some new faces – saying hello to little Elliott who came to visit with his big brother and parents, Dave and Bergin – here’s Alex not managing to be quiet whilst Elliott sleeps:

And all of us gathered in Alex’s new playroom:

We celebrated Matt’s Auntie Joan’s 80th birthday with the Agar clan – here are some of the cousins playing cars: 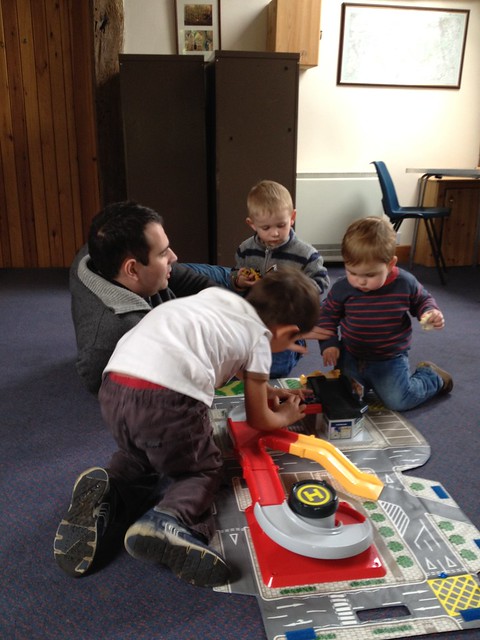 We’ve visited the London Transport Museum with the Hainsworth family (although I think Alex and Henry enjoyed the train ride into London more than the museum): 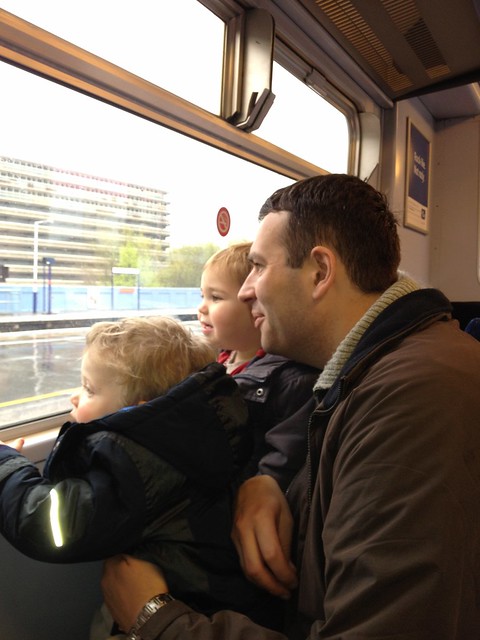 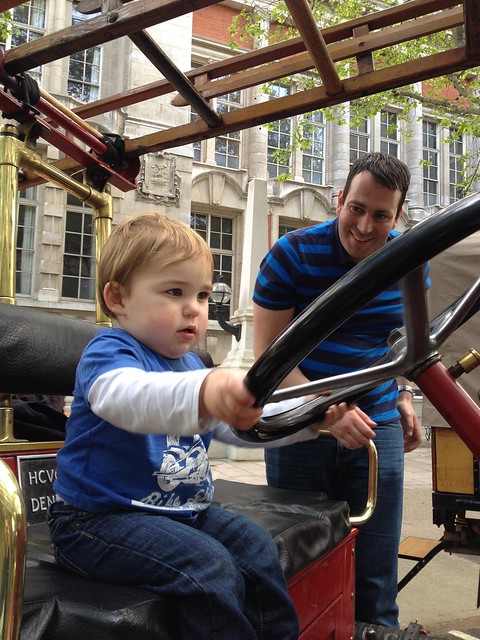 We’ve had a blast at the Dulwich Festival, having a great time on the big slide at the Goose Green Fair in East Dulwich: 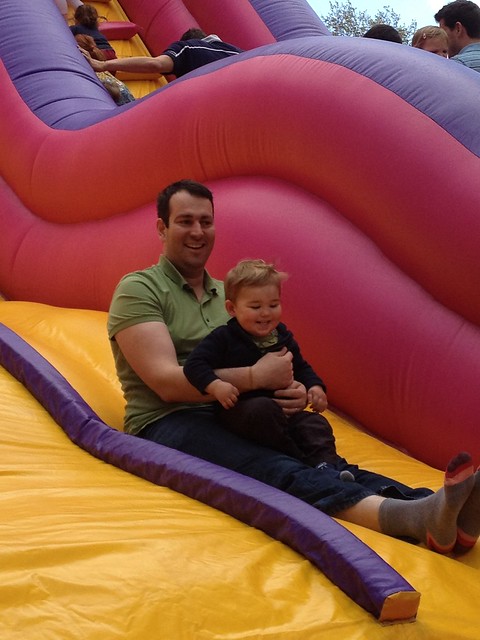 and the merry-go-round at the Dulwich Park Fair: 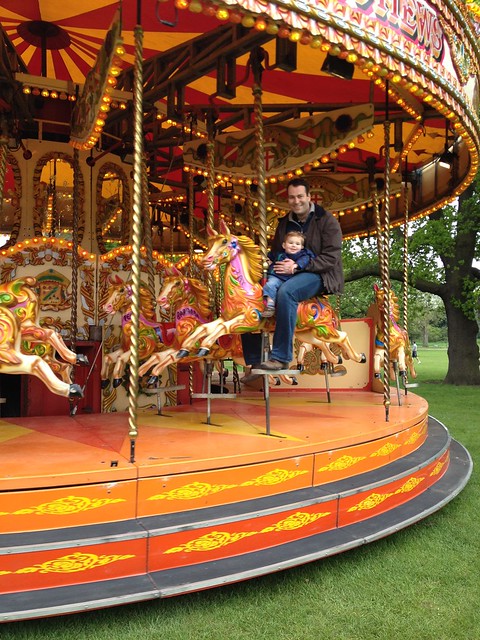 It’s been a fun month – now we just want Summer to arrive so we can get outdoors a little bit more!  Fingers crossed it’s round the corner 🙂