Had I known that the British Summer was only going to last a week, I probably would have made a little bit more of it!  We were certainly caught unprepared, as Alex had no Summer clothes at all, or suitable bedding for a very hot bedroom.  Thank goodness for Next Directory 24 hour ordering!

Newly decked out in shorts, tshirts, a pair of sunglasses (when he agreed to wear them) and a Thomas the Tank Engine sunhat (worn almost never) – Alex loved spending all day outside.  He discovered a new love – the trampoline – where he seemed to spend most of this time as his childminders!  Here he is bouncing with his friend Martha: 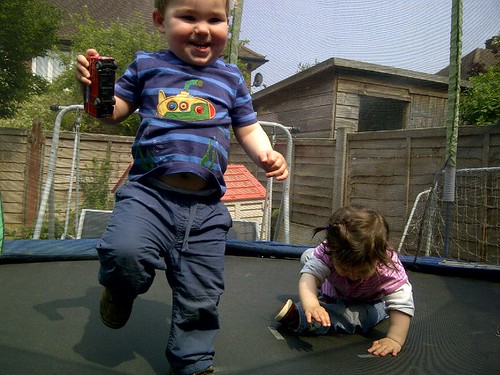 Jacqui took the children to a local park which seemed to be defying the hosepipe ban, and running sprinklers in a little water park!  Alex apparently wasn’t keen on taking a direct hit from the sprinklers, but clearly he enjoyed himself: 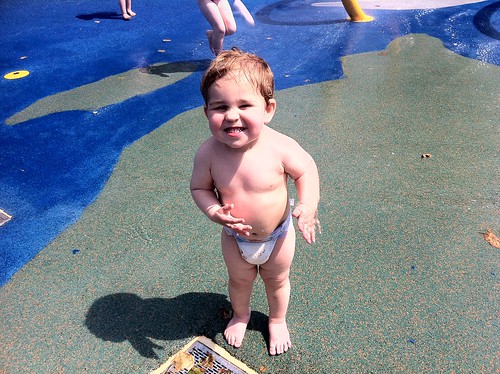 I spent part of my day off with him, lazing around Crystal Palace park with some friends and their toddlers – here are the boys, Freddie, Jake and Alex exploring: 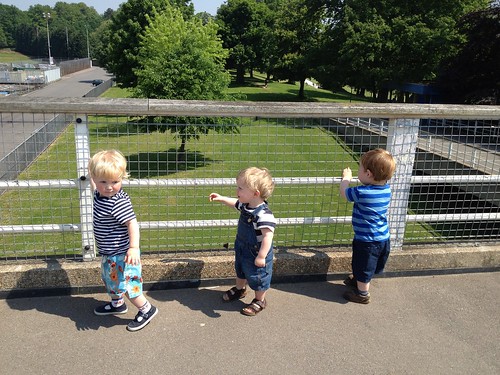 Alex even went to a jubilee party last week: 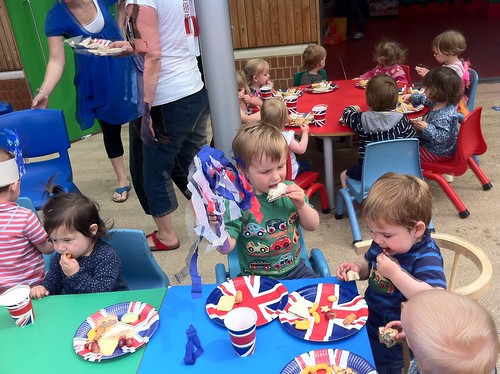 Comedy photo of the week 1 – Alex trying on sunglasses in the supermarket: 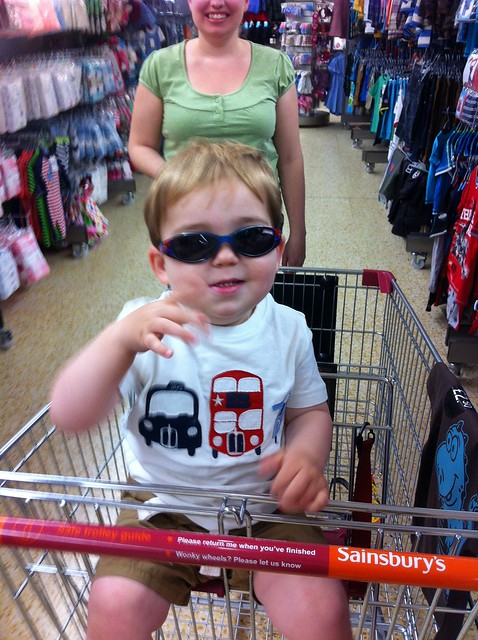 Comedy photo/story of the week 2 – After consuming a vast amount of food at the little jubilee party he went to, Alex apparently disappeared into the kitchen and returned with one of the big baguettes saved for the grownups.  Here he is seeing how much he can cram into his mouth: 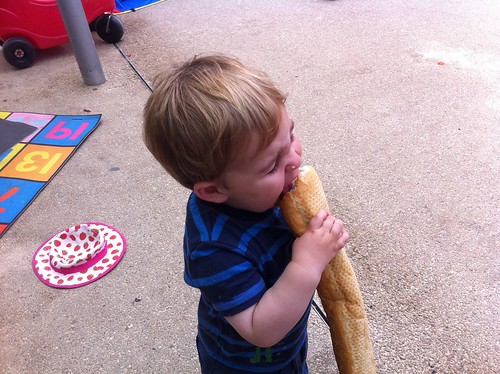