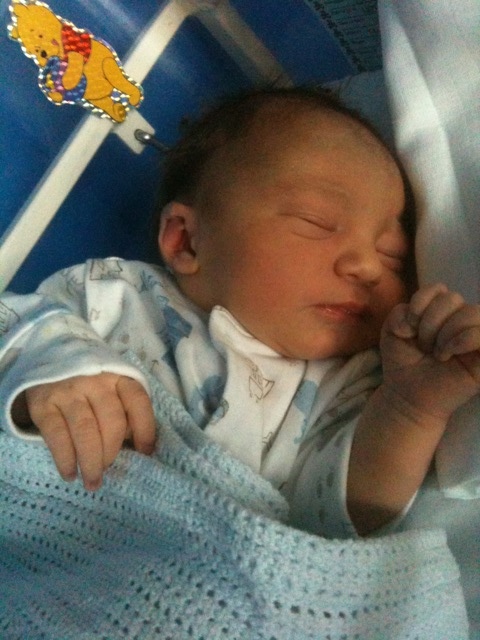 One year on, we spent a fun morning opening his many presents and playing with them (and of course, predictably, he mostly enjoyed the boxes, ribbon and wrapping paper) 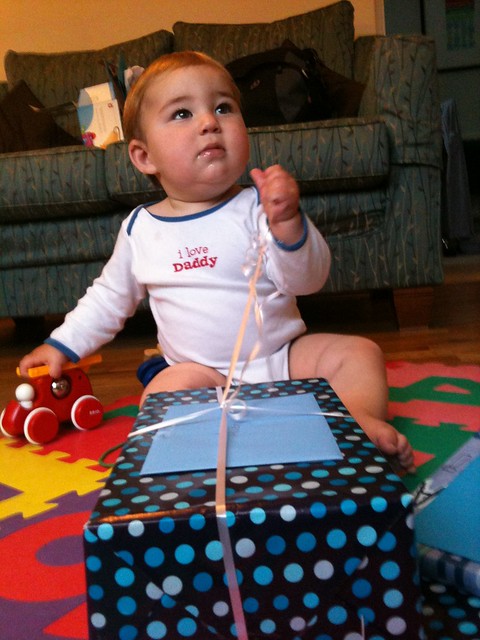 We then headed down to Herne Hill, stopping off for Alex’s very first haircut!  He was very well behaved, mostly staying still allowing the hairdresser to remove his developing mullet!  After our weekly Gymboree class of singing, softplay and bubbles we headed home for a big pasta lunch!  Alex then gave me the very best gift ever – a two hour nap, for probably only the first or second time in his life!  Such a treat to put my feet up and have a proper lunch!  I rewarded him with a trip to an adventure playground in East Dulwich.  Sadly our trip coincided with the end of the school day, so it was packed.  But he still enjoyed plenty of cruising around the equipment: 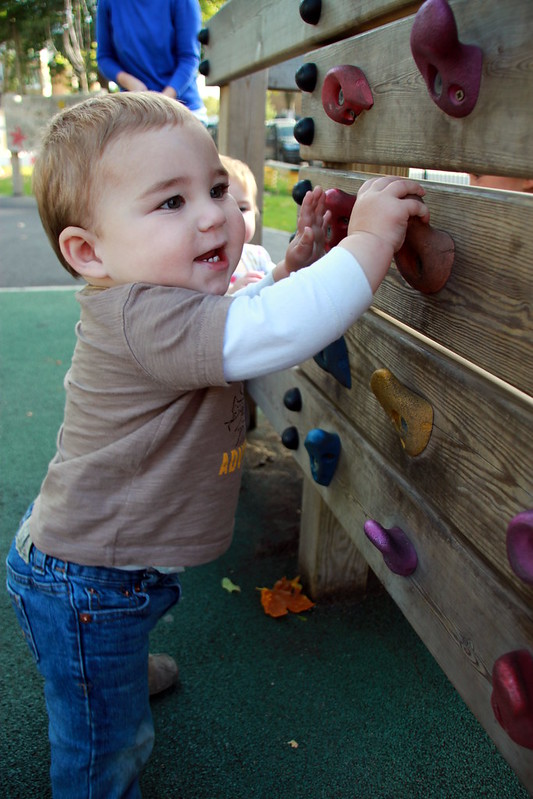 Once daddy had come home from work, we had a little birthday cake (it is National Cupcake Week after all) – Alex seemed to enjoy his very first cake 🙂  And probably loved the candle even more! 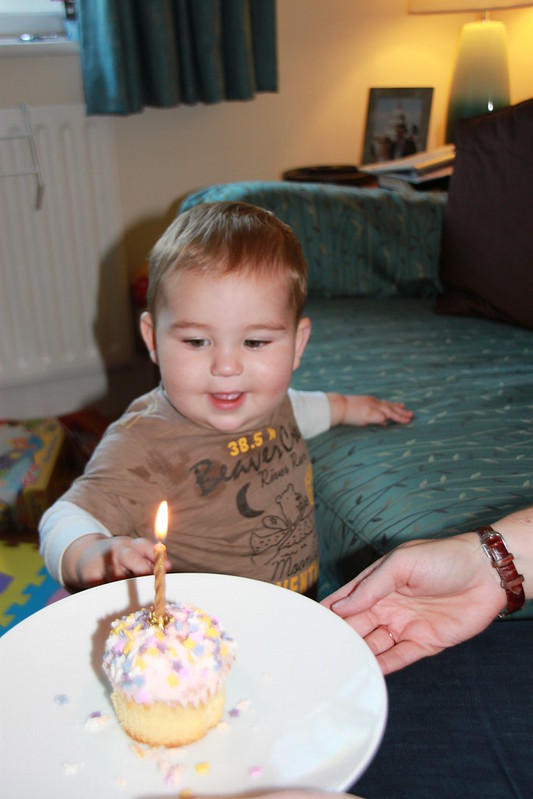 We’ve continued the celebrations this weekend with visits from Matt’s sister-in-law and nephews this morning, and dad this afternoon.  So Alex was spoiled with even more fabulous presents – a ride on scooter: 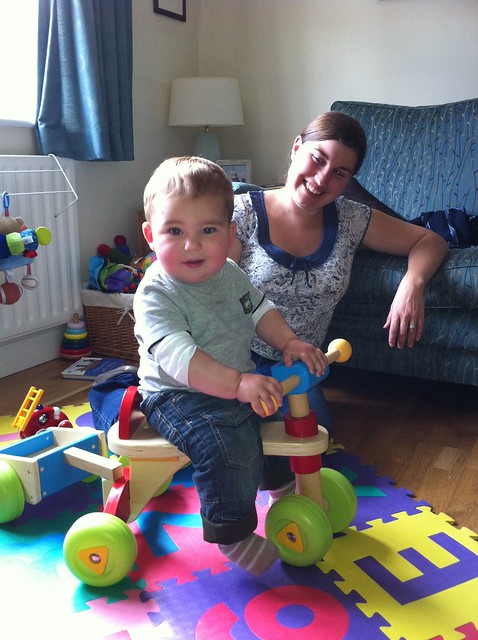 And a walker which he’s been using all afternoon (sorry about the dribble!): 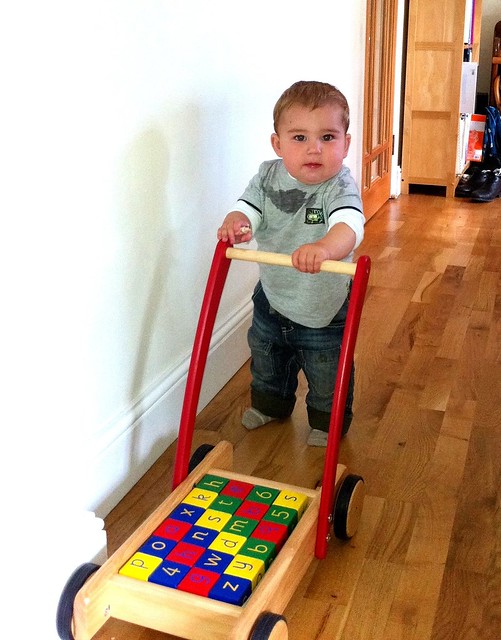 I am hoping he quickly learns to turn it because I’m spending a vast amount of time having to turn him around – we don’t have a particularly long house!  I think this wil really help improve his walking.  He’s managing a few steps on his own – but not many, and he’s getting so frustrated and angry at the moment, that I’m hoping he figures it out properly very soon!

In other, non-birthday news – Matt and I had a date afternoon yesterday.  It was our wedding anniversary this week, so we spoiled ourselves with an afternoon off.  Jess came round to play with Alex whilst we headed up to the amazing Southwark Playhouse to see the musical, “Parade“.  The show was incredible – would highly recommend it if you find somewhere doing a run.  We’ve also been contemplating moving house this weekend – have considered it for a while, but spotted a stunning house we’ve fallen in love with after a viewing yesterday, so thinking a bit more realistically now.  Watch this space…

To close – for the picture fans amongst you, here are a few more snaps from Alex’s birthday week: