It’s Saturday night, and I really should be in bed as an unusual night awakening from Alex last night meant severely reduced sleep!  But I thought I’d do a quick post – although for those of you following our photos on Flickr, I’m afraid you’ll have seen the pics before!

It’s been a pretty quiet week with pretty attrocious weather which has somewhat restricted activities!  We took advantage of a break in the rain to head out on our bikes last weekend where I took my new fave picture of Alex: 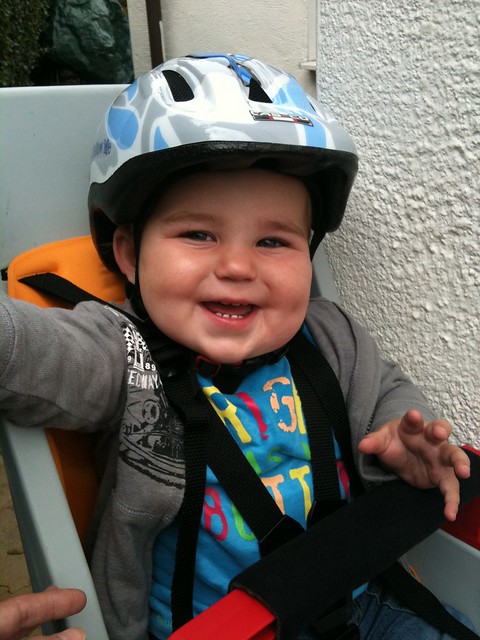 The biggest news of the week is that Alex was fitted for his very first pair of shoes – we had a great experience at Clarks in East Dulwich – he was very well behaved as his feet were measured, and then the team there took a photo of him in his first shoes as a little gift.  Very cute!  Here he is wearing his brand new shoes and mac – ready to face the horrible weather earlier this week. 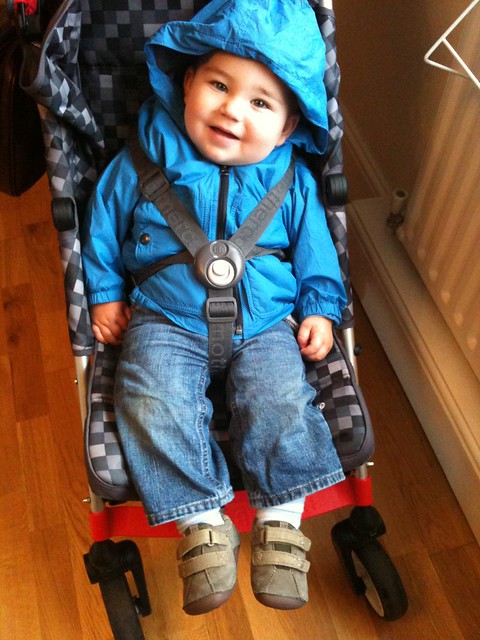 It seems shoe purchasing came not a moment too soon, as Alex is beginning to take a few steps on his own (actually, that’s probably bigger news than the shoe purchasing!)!  I think he’s still a bit of a way off proper walking, but on occasion he does make forward progress that looks more controlled than just falling over!  He’s growing up so quickly.

In other news, Alex has a new friend at his childminder.  He’s no longer the baby of the group, having been joined by a 10 month old girl called Martha.  Here they are, both exhausted from having fun at the local park! 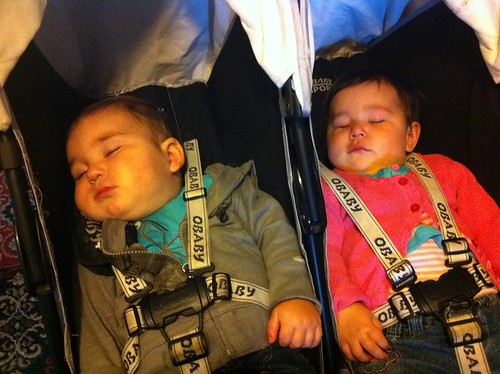 He’s been on good form this week, including for a babysitter on Friday night allowing Matt and I a night out together (watching Mark Kermode do a great talk at the Brixton Ritzy cinema).  Such a nice treat, especially after a horrendous week at work, when at the lowest point I had to commute all the way back home after arriving at London Victoria to pick up my purse and oyster card having left them in my nappy changing bag!  Took me 2.5 hours to get to my desk after leaving my house – rubbish!

We’ve had a fun day today with Alex’s swimming lessons starting a new term, albeit with a slightly less fun teacher.  He absolutely LOVES being in the water though – splashing everyone and grinning throughout the lesson, even after being dunked.  Such fun to watch.

Anyways, I really should head to bed – got a big day coming up with Alex turning one on Monday!  This time a year ago, I’d just been induced!  Not such a happy memory 😉

One thought on “Saturday night update”