Sorry the blog’s been so quiet recently – it’s been a pretty busy couple of weeks!  As mentioned in my last post, we had a major family celebration to enjoy.  My grandparents celebrated their 60th wedding anniversary in July, so the rest of the family surprised them with a week in the incredible St Cuthbert’s Farmhouse near Coldstream in the Borders (much to my disappointment, the house itself wasn’t in Scotland, but we could see over the Tweed from the house, so we were pretty close!).

We broke the long journey up North with a couple of days in Newcastle visiting our friend Jo who very proudly hosted us in her fabulous new house.  Alex took great pleasure in trying to eat the gravel in her garden, her recycling and all her medical books.  We enjoyed a trip to the seaside just North of Newcastle, a pub lunch and trip to her local excellent playground where Alex found a new love of crawling through tunnels.  Here are my boys on the windswept beach: 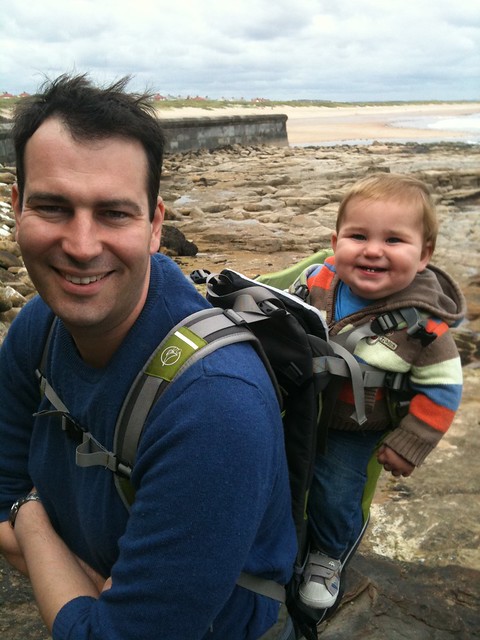 The excitment of the beach was too much for Alex, who promptly fell asleep (I think soothed by the white noise of the waves and wind!) 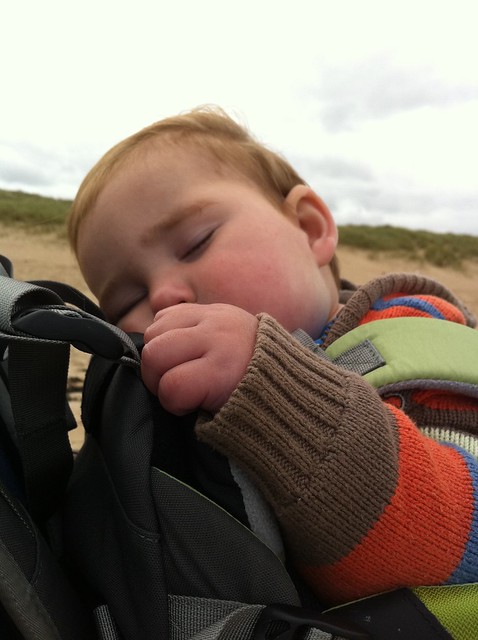 The visit with Jo passed all too quickly, and we were back on the road for the short hop North to the borders.  We stopped on the way at Cragside, a beautiful National Trust estate in Northumberland.  Whereas a year ago, Matt and I would have enjoyed trekking along some of the miles of paths there, we instead headed to the adventure playground for some more tunnel fun: 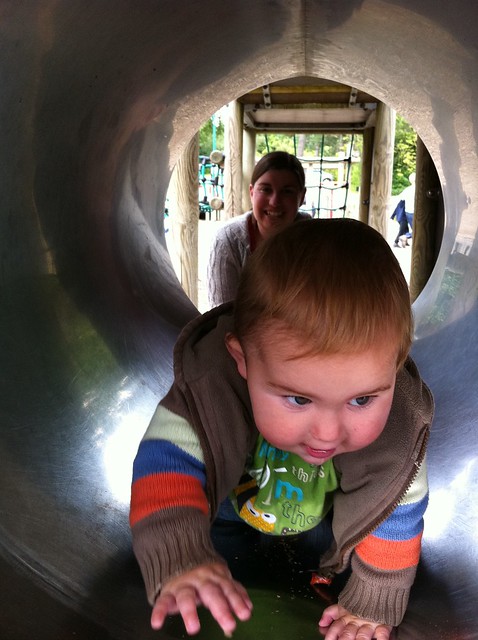 After our little excursion we arrived in Coldstream at the farmhouse.  It was quite a family trip – with Alex getting to spend nearly a week with his parents (obviously!), grandparents, great-grandparents, aunt & uncle and great aunt!  Here is everyone posing together on the last night – still amazed we got Alex to look at the camera: 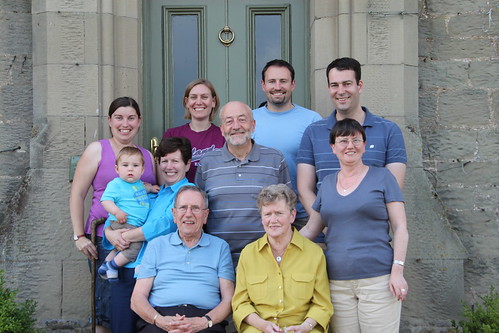 The house was beautiful, and to celebrate the big anniversary we had a special (and completely delicious) dinner catered by a local chef. We even had The Queen’s official card to my grandparents on display in the hall for the week!  Highlights of the week were:

Of course, the week wasn’t without challenges (when is travelling with a baby relaxing!).  Alex developed the worst timed separation anxiety ever – so my cunning ploy to leave him at his grandparent’s door at 7am each morning to play with them whilst enjoying a lie in myself was foiled.  It took a few days, but he gradually got used to everyone and ended up having a blast!  He also, very annoyingly, lost his ability to sleep through the night – I guess sleeping in an en suite bathroom (albeit a very large and swanky one) just isn’t good enough!

Here he is enjoying his trike (which now gets used daily!): 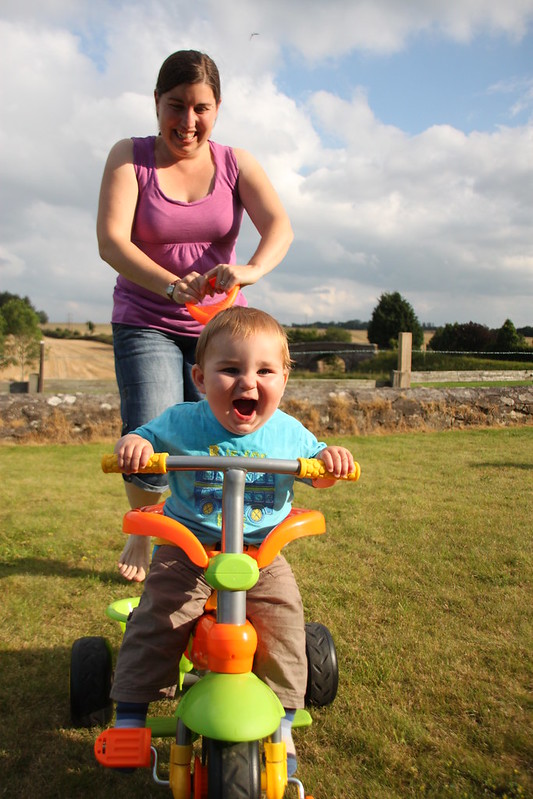 And just in case that wasn’t enough photography, here’s a slideshow from the week with lots more pics: