It’s been a quiet couple of weeks – but thought I should post a few photos as a brief update.  In the past few days, Alex has mastered the art of climbing our stairs and opening cupboards – so the stairgates and cupboard locks are coming into their own! 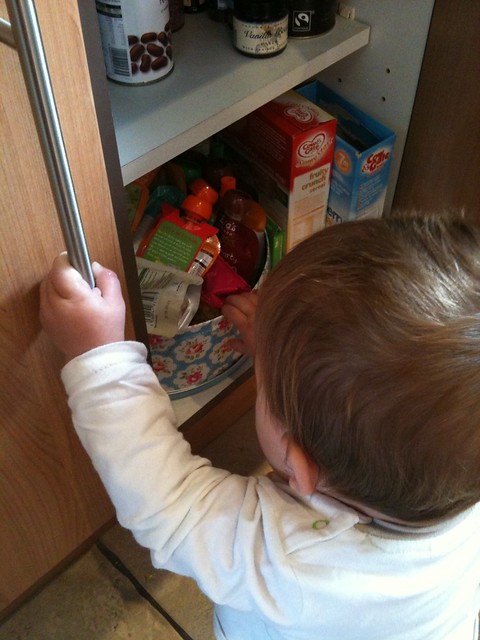 He’s also been having great fun with his childminder.  Because it’s the end of term, all of the clubs and groups she takes the children to have been holding summer parties.  Here’s baby Alex doing the Hokey Cokey with grown up Alex (the daughter of his childminer Jacqui who helps look after the babies every day!): 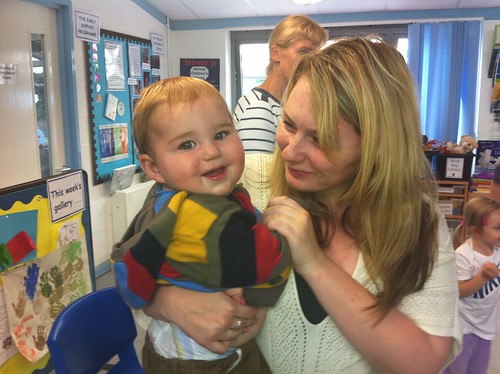 We’ve mostly been hanging around in Herne Hill – as you saw from the last video post, it was the social event of the local calendar this month – the Lambeth Country Fair!  We went both days because we love it so much and despite the horrendous weather, had a fabulous time!  Alex was treated to a selection of rare breed sheep and pigs, some samba drumming, horse displays, a fun fair to look at and lots more.  And he got to enjoy it with his friend Henry: 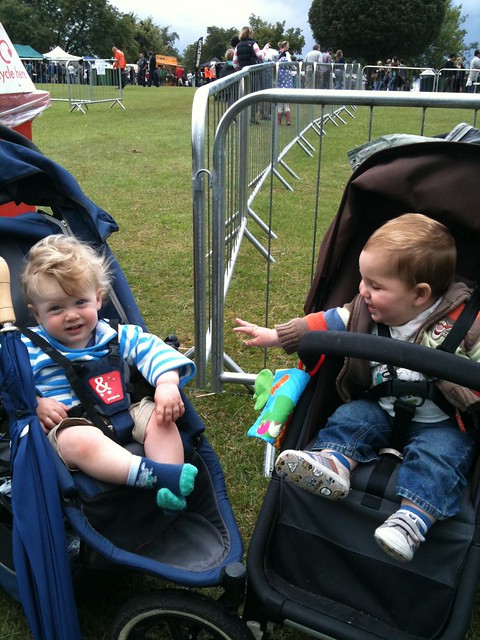 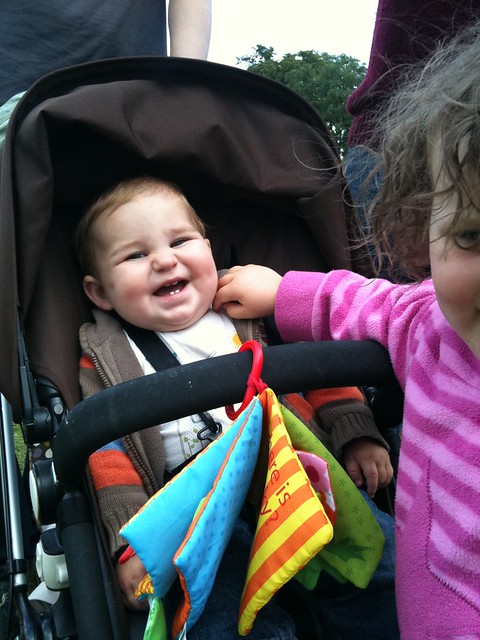 We spent a lovely Sunday afternoon last weekend enjoying the company of friends (and a delicious roast lamb and chocolate cheesecake!) in Blackheath.  Alex enjoyed playing with Emmett’s toys – here they are with Matt:

To close – here’s a comedy pair of photos for the week – it’s Alex successfully feeding himself with a spoon. 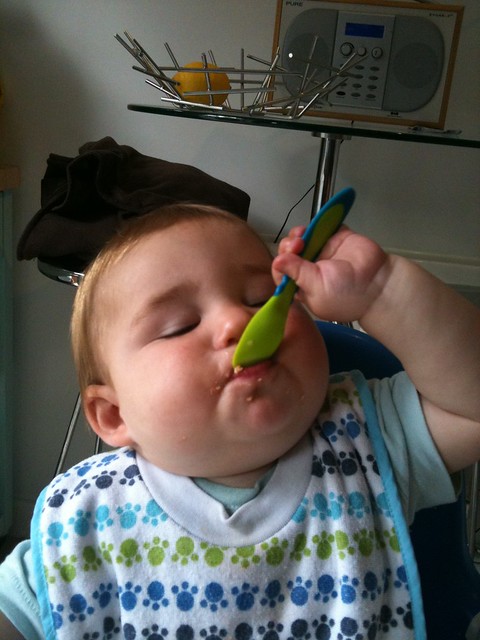 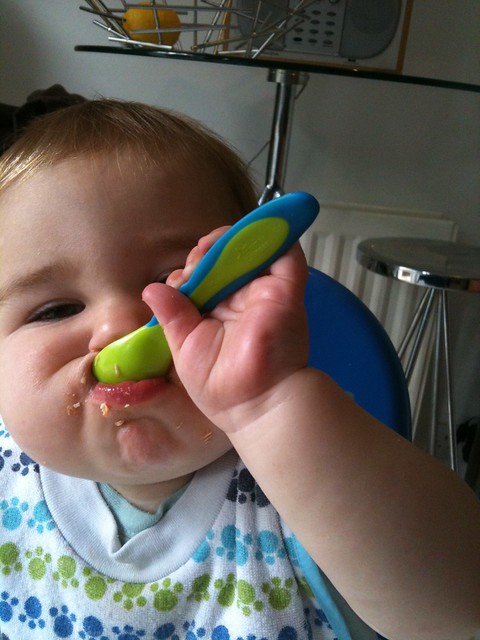 We’re off on holiday this weekend (can’t divulge where as it’s a surprise for some of the other holidaymakers…) – but there will be plenty of photos and stories to follow!

One thought on “Stairs and spoons”