A mostly photographic post tonight to remember a very family focused weekend back in Berkshire.  We spent Saturday afternoon celebrating Matt’s step mum’s birthday in Crowthorne.  Despite the alarming weather forecast, and massive storms in the morning, the sun mostly shone and we enjoyed a huge barbecue with most of the Agar clan.  Nine out of ten of Alex’s cousins were there and all the children had a fabulous time running round the garden and playing with each others toys.  Alex spent most of the time watching the older children having fun – and delighted in crawling around the garden after them and their toy trains and lego. 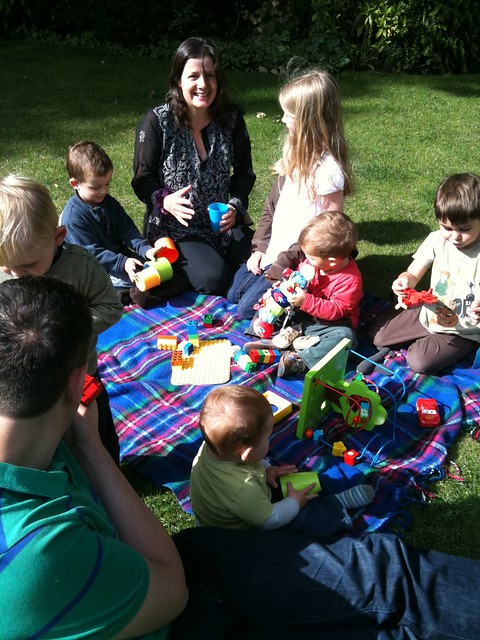 Here’s Alex trying to join in with the boys giant jenga (without success – although he did enjoy gnawing the wooden blocks!): 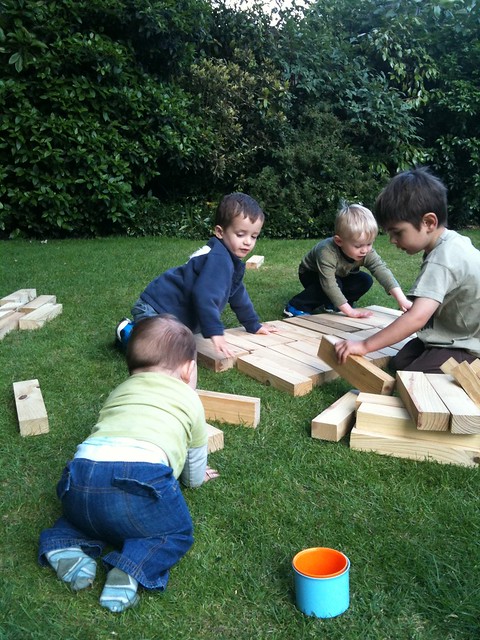 After we’d eaten more than we thought humanly possible, we drove over to Reading to spend the night with my brother and sister-in-law, David & Sarah.  Alex settled down quickly in his travel cot, to allow us grown ups to catch up and explore their beautiful new home.  After a long, uninterrupted night of sleep (thank you, Alex!), we headed to their local park.  David and Matt certainly had a lot of fun: 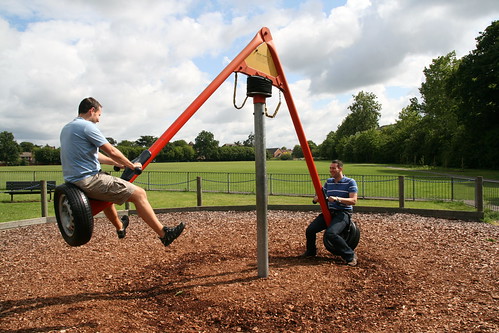 But most of the time, we focused on Alex having fun.  Here he is enjoying his favourite thing – swings: 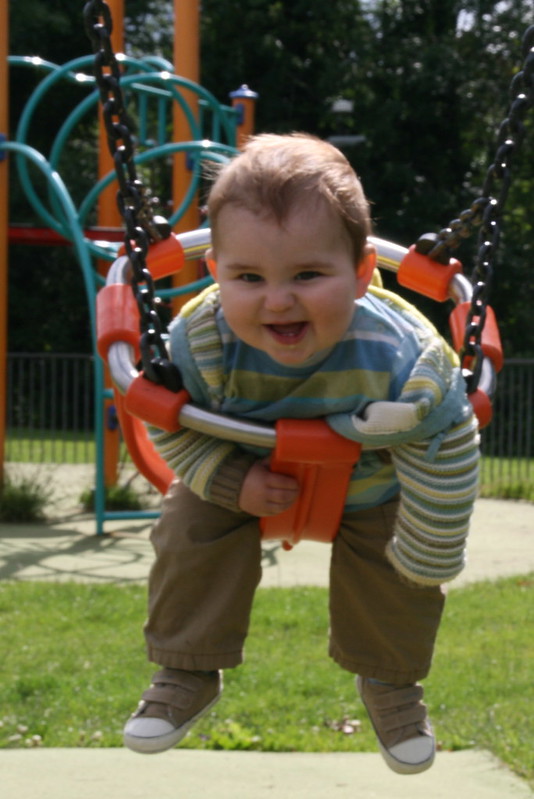 He even had a go at climbing for the first time!  We did encourage him to maintain three points of contact at all times – but he seemed to think that included his mouth! 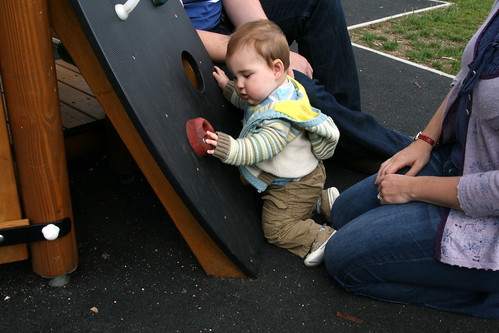 Here’s a comedy shot on the slide (don’t worry, we were ready to catch him!) 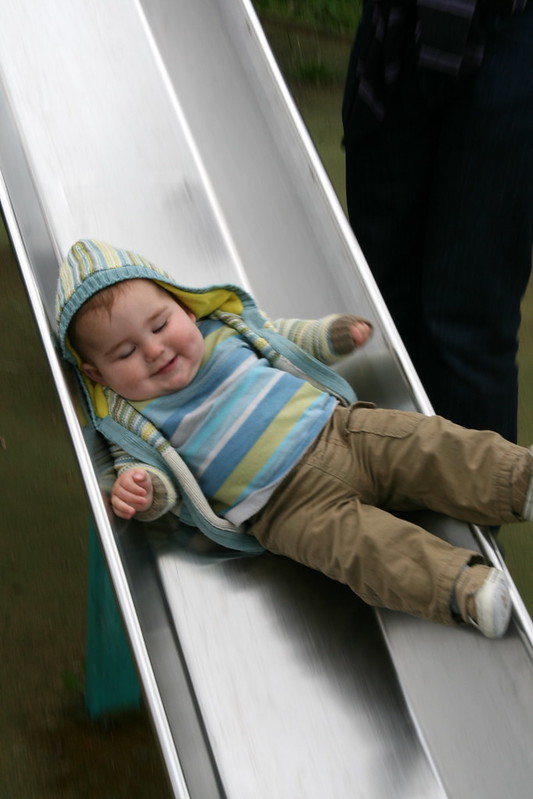 And finally, our favourite photo of the day, Alex exploring a tunnel! 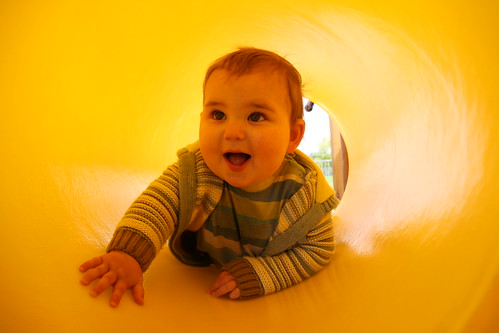 Check out our Flickr pictures for more fun in the park.  David and Sarah are lucky to have such a great playground so close to their house!

And to close – a couple of pictures for the Cameron/Michael family – Alex in his Scotland rugby kit! 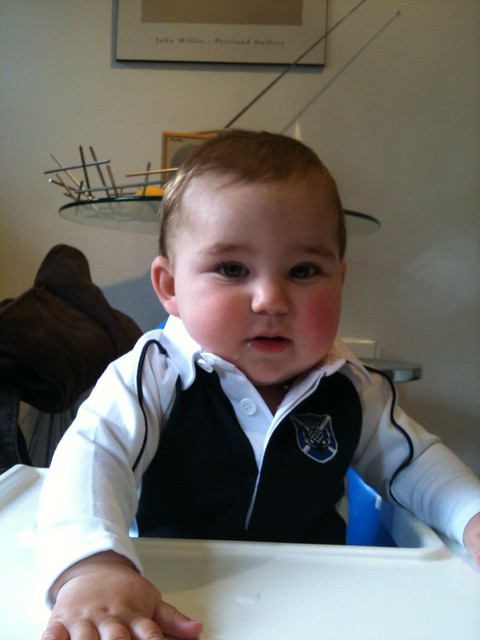 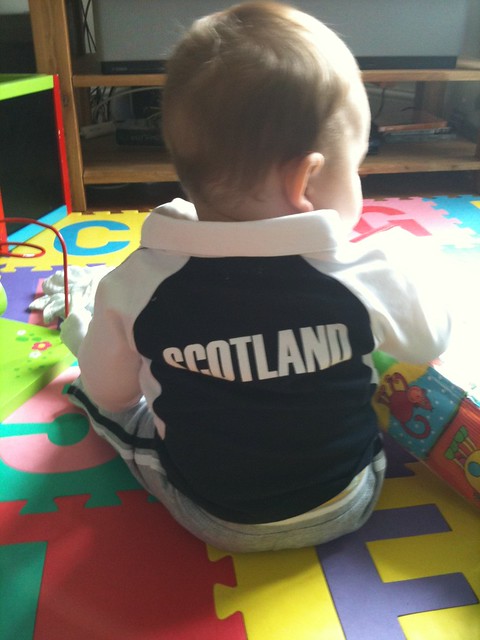