Well, Alex has been out longer than he was in – he turned 9 months old today!

We’ve had a lovely weekend down in the New Forest visiting Katharine with our friends Kate and Mike.  Despite the dreadful weather, we managed to enjoy a proper cream tea in Lyndhurst and a little bit of lazing in the garden, before the weather drove us into the house for scrummy food, bubbly and much gossip.  Alex was fabulous, sleeping for 12 hours straight in his travel cot – hoooray!

He got to make another four legged friend – a cat this time rather than a dog.  He was fascinated with Max, watching him every time he crept into the room we were in.  Max was a little more cautious of Alex, prefering to keep his distance!

I think Alex had a great weekend – there were so many people to play with him.  Here’s a pic of Alex playing with Mike: 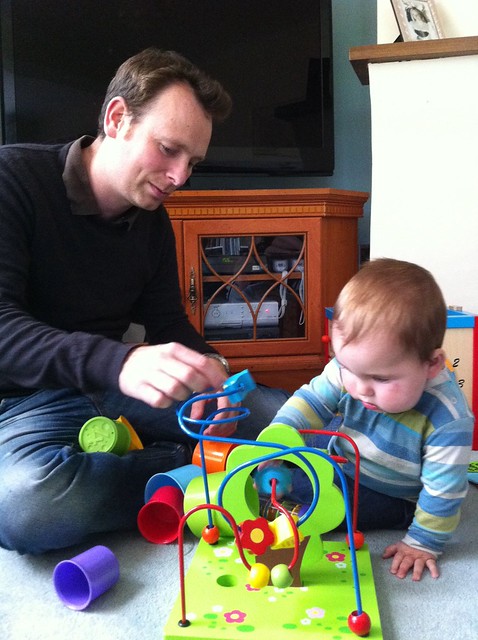 We marked Alex turning 9 months old by lowering his cot – as he is getting dangerously close to pulling himself up to a standing position when playing in there!  And he graduated to a new car seat – finally facing forward, which he seems to prefer.  We were surprised (and alarmed) when Alex woke half way through the journey back to London from Southampton, but he seemed perfectly content to look out of the window, play with his toys and chat to himself for over an hour!  Phew!

We took a few pictures of Alex this evening before bedtime – they’re not great, but here are a few of my favourites.  Matt’s annoyed he’s wearing a silly pink tshirt covered in dribble, but never mind – I think he looks cute! 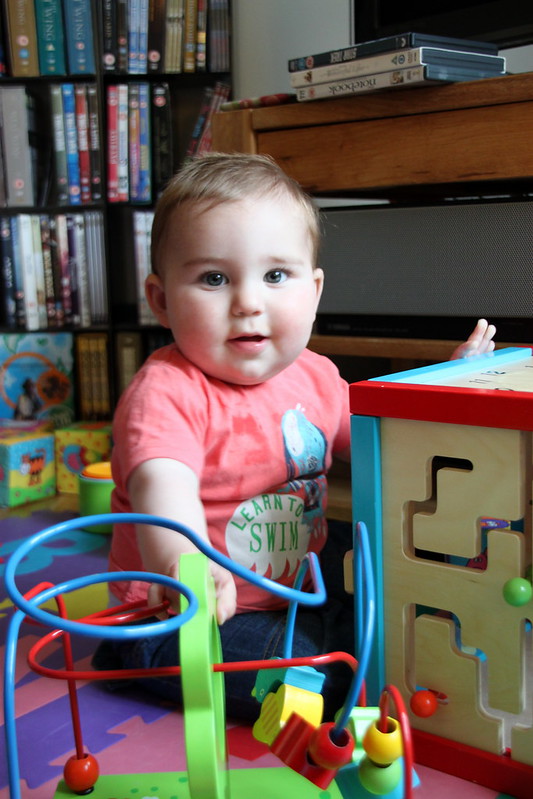 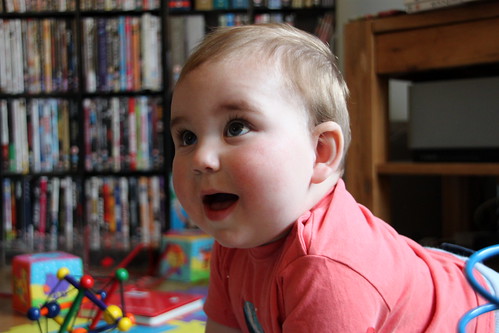 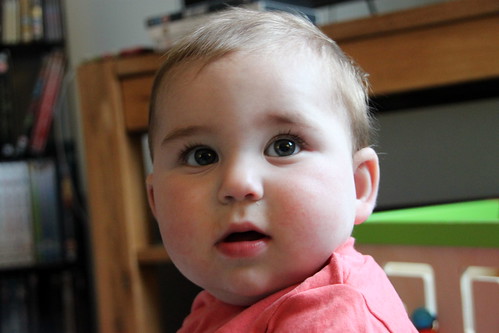 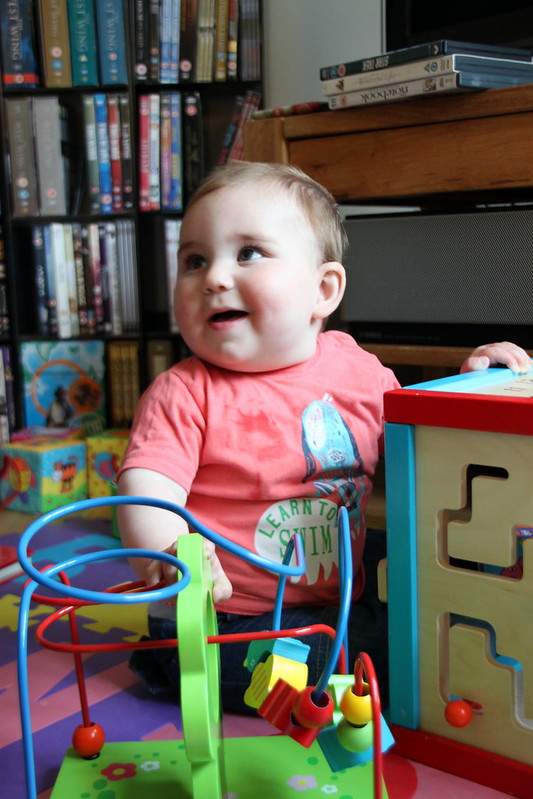