2015 is already rushing by. We’ve had a lovely few weeks since our busy Christmas holiday. With the weather cold and damp, we’ve stayed local and enjoyed a series of fun weekends.

We’ve had some quieter times snuggled up at home,  doing puzzles and watching moves – Alex’s current favourites being Arthur Christmas (which we had to watch bits of every day for quite some time after the festive season was long gone), West Side Story and Chitty Chitty Bang Bang (my musical theatre education is going well).  We’ve done lots of swimming trips and Alex even went on a climbing lesson in Crystal Palace.

And we’ve spent an extraordinary amount of time making marble runs with one of Alex’s top Christmas presents (thanks Michele!) 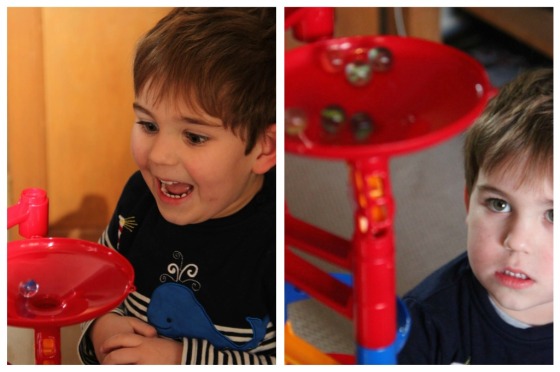 The long, cold January was broken up by some wonderful children’s parties.  We all had a great time at Alex and Sophie’s friend Jake’s 3rd birthday party.  He’d taken over the Brixton Rec softplay – and my fearless children took great pleasure in taking their friends all over the play structure.  Sophie’s not at all phased and I could barely drag her away form the highest helter skelter in the place!

Here they are with some of their friends, with the birthday boy bottom left observing the noisy chaos and his baby sister top right! Sophie’s little friend Anna is bottom right.  They’re all so cute! 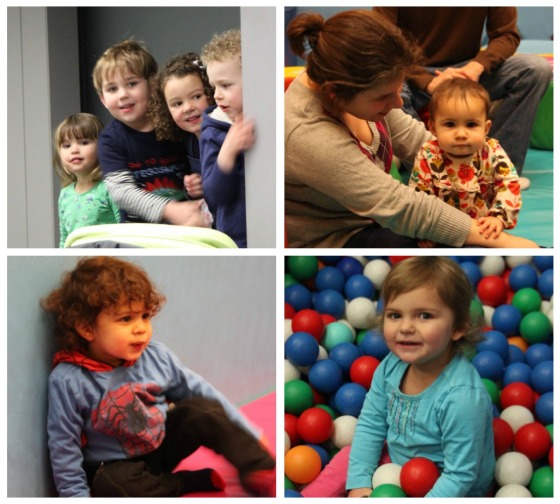 We also celebrated Sophie’s friend Una’s 2nd birthday.  Alex and Sophie enjoyed pinning the tail on the donkey, pass the parcel and lots of dancing and eating.  And Una enjoyed her bunny rabbit cake:

Instead of party bags, their mum Caroline decided to do a lucky dip.  I think she’ll be finding bits of it for months all over her house as the highlight of the party (certainly from my children’s perspective) was when they got their hands on the shredded paper.  it was hard to be cross when they were all clearly having a BRILLIANT time! 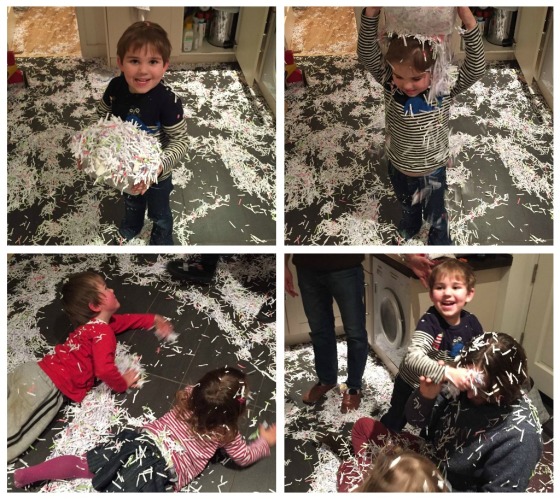 Probably the highlight of the year so far for me was going to my first Little Disco with the children.  I’d heard talk of a day time disco in Dulwich, and imagined it was probably a lot of fun for children with nursery rhymes and toddler songs and dances.   So we turned up on Sunday afternoon at 3.30pm ready for lots of renditions of The Wheels on the Bus.

We couldn’t have been more wrong.  It was a fabulous rave-style disco.  The room was dark with disco lights everywhere, there was a proper disco ball, foam machine and even glow sticks for the kids.  The music was loud and there wasn’t a nursery rhyme in sight – instead proper dance tunes and classic disco tracks.

I danced and danced and laughed and laughed all afternoon. Matt enjoyed a pint or two and the children had a blast.  They boogied the afternoon away, loving the foam spray and bubbles.  Alex even did his first locomotion. It’s a genius idea and we will definitely be back.  Our photos are rubbish as it was so dark and we were laughing so much – but just so I don’t forget, here are a few moments:

One thought on “Parties and a toddler rave”