As another week draws to a close, I’m just remembered I was part way through a blog about it which I clearly never published.  So here it is…

Last Saturday, I had to pop into the office for a couple of hours to help out with some student training – so Matt bravely headed into the Science Museum in sole command of the children.  As usual, they loved it, Sophie getting completely drenched in the basement waterplay area.  I joined them for a picnic lunch before taking Sophie off for a buggy nap and a spot of shopping on the King’s Road (and a cheeky cake at the little Farmers’ Market there!).

Matt and Alex stayed on at the Science Museum for the rest of the day – the highlight of which resulted in my favourite photo of 2014 so far – Alex in the IMAX! 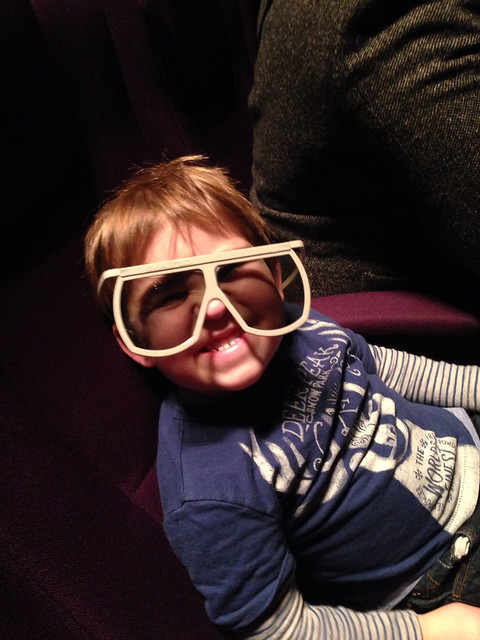 Matt thought it was time to introduce Alex to a 3D IMAX film.  I wasn’t sure that Alex would sit still for that long, but since the topic was the solar system – his current obsession – he did very well.  He shouted out the names of the planets, adn apparently kept trying to get up to touch the 3D objects in front of him!  Brilliant!

On Sunday, after our usual morning swimming excursion to Brixton, we headed over to our friends Katie and Tim’s house for a playdate and family dinner.  Sophie had a fabulous time taking on a dinosaur, beating it to the ground repeatedly (should I be alarmed?)

Katie, being super creative, had prepared a little treasure hunt for the children – so we enjoyed the opportunity to get outside in the clear weather and find some golden coins.  Alex and Jake loved it – so much so that Alex’s treasure map now has pride of place on his bedroom wall!

After all that excursion, we just about managed a proper sit down dinner together – the children incentivised to eat their delicious roast with the promise of jelly!

It’s been a busy week for all of us.  Alex and Sophie have clearly had a wonderful time at Jacqui’s, judging by some of the photographs she’s sent me!

I had a day off on Tuesday and headed down to the New Forest to visit Katharine and Emilia.  Despite the storms lashing the country, it was a beautiful (if a little windy) day – so we spent most of it down at Lepe Beach enjoying the sunshine and the opportuntiy to catch up on all our news in the little cafe there over fish and chips and cakes!  It was a bit of a flying visit, but a very lovely one!

It really was a stunning day! 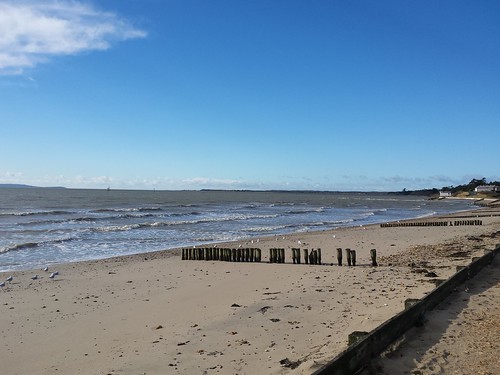 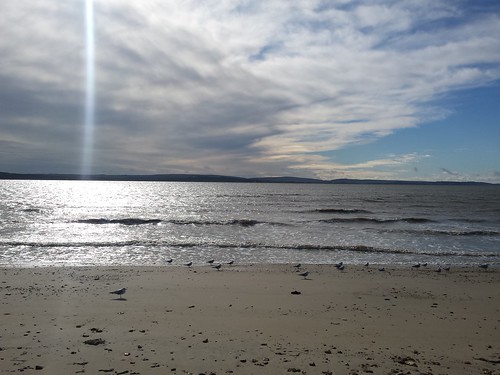