So Christmas is over for another year – but we’ve had a great one!  I was quite apprehensive the closer we got to the holidays as we’d yet to have an illness free Christmas with Alex – so I was expecting chicken pox to set in on Christmas Eve or something.  But thankfully, the worst we faced this year was a bit of post MMR grumpiness from Sophie and runny noses all round!

This was the first Christmas where Alex really understood what was going on, so we’ve had a fun few weeks building up his anticipation and excitement.  He decided early on that we wanted a “Diesel 10” engine from Thomas the Tank Engine for Christmas – and “wrote” to Santa promising to be good.  We almost had a disaster when Amazon failed to deliver the toy in time – so poor Matt had to make a dash to Hamleys to make sure Santa delivered!

Alex and Sophie were almost done with Christmas after their last week with Jacqui this year – they were at parties every day with their friends, singing and dancing, meeting Santa and his elves and generally having a brilliant time.   They were exhausted by the time the weekend arrived!

We had a quiet weekend finishing up Christmas shopping and enjoying a bit of winter sunshine in the park: 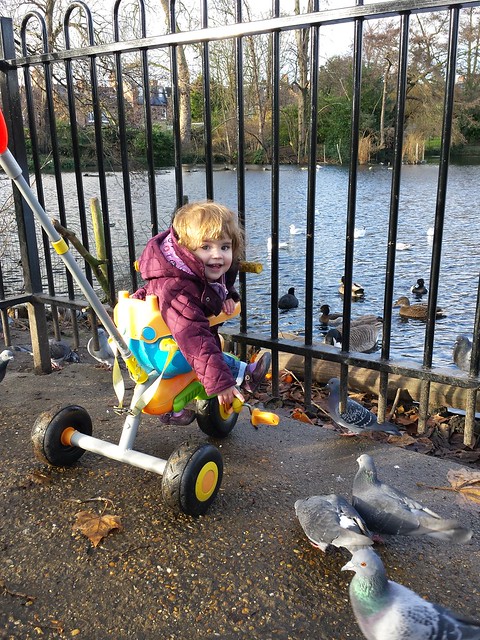 On Sunday afternoon, we popped over to our friends Katie and Tim for some Christmas drinks.  Alex loved playing with his friend Jake’s Octonauts toys and Sophie liked eating all the grapes at the buffet. A very chilled start to the Christmas break. 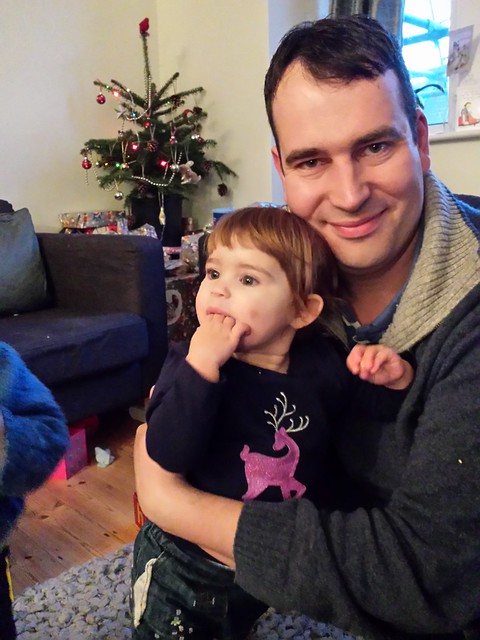 Things got a bit stressful on Monday when the weather got so bad we were stuck in the house all day – the kids got a bit stir crazy and we ran out of creative ways to keep them busy.  Thankfully Grandma and Grandpa arrived to save the day.  A spot of indoor rugby and some cheesecake making – and we made it to bedtime!

Christmas Eve started badly when we discovered all the museums in London were closed and the local parks were shut with the high winds – but we filled the day with collecting vast quantities of Christmas food and exploring the Brixton softplay.  We had a lovely family supper of ham slow-cooked in coca-cola and chocolate orange cheesecake (yum) before leaving out food for Santa and Rudolph and tucking the children up in bed.

Sadly, Alex had multiple night terrors – I think caused by too much excitement – and Sophie was a bit restless following her recent innoculations.  So it was a very long night with some pretty interrupted sleep for Matt and I.

But that was quickly forgotten when Alex bounded in on Christmas morning at 7.30am concerned that Santa hadn’t come!  Thankfully Diesel 10 and a bulging stocking were quickly found and Alex was in heaven. 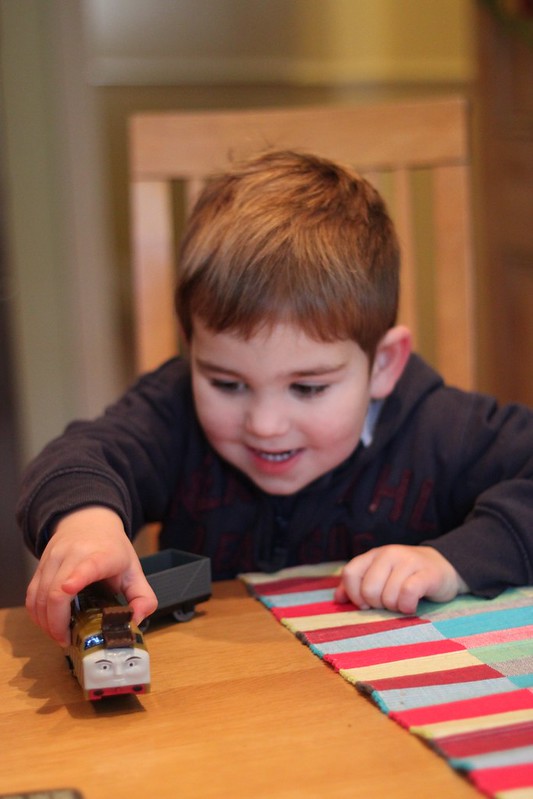 We had a thoroughly lovely day with some brilliant presents, delicious food and lots of giggles:

And the best gift of all for Matt and I was a solid 8 hours of sleep – the children were clearly exhausted from ther Christmas Day!

Thanks to everyone for their wonderful presents and Christmas wishes – hope you’ve had a fun time too!