Back in London, with the weather finally improving, we’ve been enjoying our last few days off.

On Thursday, after a lazy morning at home, Family Agar hopped on a train up to London Bridge to have a wander around Borough Market.  We took enormous pleasure (as usual) of sampling a vast quantity of food for lunch, including a large amount of cheese and bread.  And of course, Alex had an ice cream in his favourite shop there!

Sophie and I came home on our own (with a bag laden with Konditor and Cook chocolate brownies and curly wurly cake!), leaving the boys to get the tube out to North Greenwich to have a go on the Emirates cable car over the river.   I had two comedy phone calls from Alex – it was the first time I’ve really had a meaningful conversation with him on the phone – he sounds so little!  He delighted in telling me all about the many different forms of transport he used on his little excursion with daddy – train, underground train, overground train (yes, these are all different) and bus.

On Friday, Alex and I headed up to North London to check out the Little Angel Theatre – a children’s puppet theatre!  I’d heard they were doing a production of Alex’s favourite story – “We’re Going on a Bear Hunt“, so of course, we had to go and see it.  And it was well worth the trek.  He (and I) were enthralled from start to finish – it really was an incredible production which completely brought the book to life.  Alex managed to sit still for the full 45 minutes, except a few times when he tried (and failed) to escape my grip to go and see the puppets up close!  He dutifully screamed when the bear ventured out into the audience.  It was hilarious – I’d highly recommend it.

A boys trip to our local park in the afternoon proved somewhat of a breakthrough for Alex and his scooting skills.  He was given a scooter for his 2nd birthday, and despite many attempts to get him out on it, we’ve mostly ended up carrying it for him!  It hasn’t helped that the winter has been so cold and long – park trips just haven’t happened that much.  But on Friday, Alex suddenly figured out how to pick up speed and turn – and now we can hardly get him off it!  Here he is showing us his progress:

Now I just have to persuade him to wear a helmet…

We spent the rest of Friday afternoon lazing around in the garden enjoying the sunshine and some garden toys. 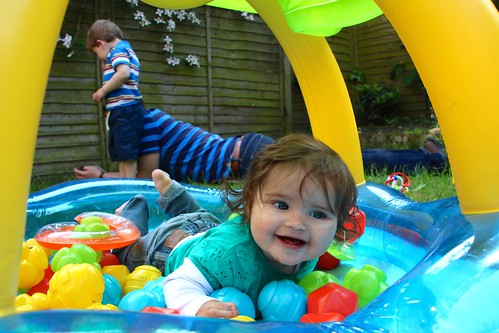 Isn’t she cute?  I just can’t get enough of her crazy hair and gorgeous eyes! 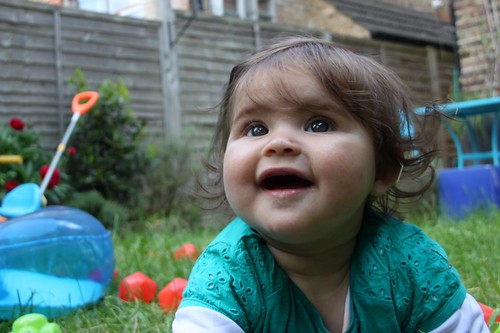 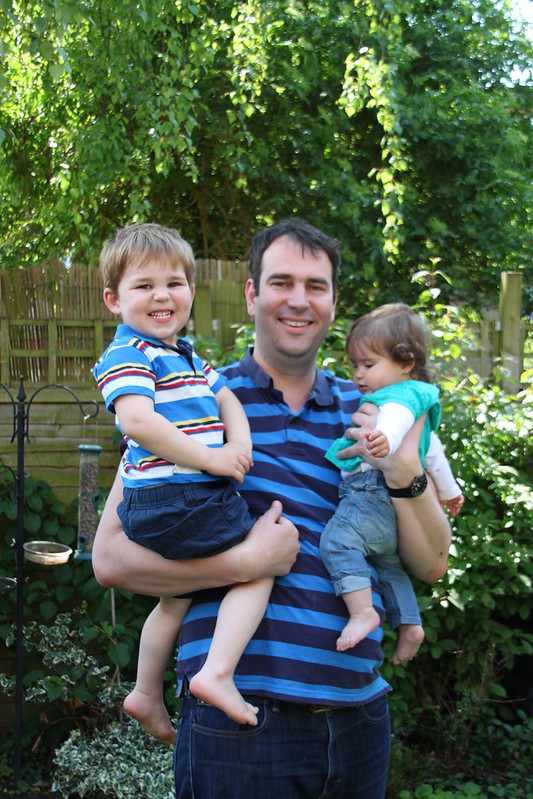 Yesterday, we decided to make use of our National Trust membership with a trip to beautiful Chartwell, family home of the Churchills.  We packed up the car with blankets, picnic, buggy and of course the scooter and headed out to the gorgeous Surrey Hills.  It’s less than an hour from home, but it really does feel like you’ve escaped to the country.  I think we all enjoyed the fresh air, and Alex certainly made the most of his scooter on the flat paths around the house and walled gardens (we managed to persuade him against scooting down the steep hills – it was a little too busy for that!)

Because it was the end of half term week, there were little activities around the grounds for children.  Alex went on a bug hunt with a magnifying glass and even got to help out in the kitchen garden, learning how to rake, dig and water raised beds. 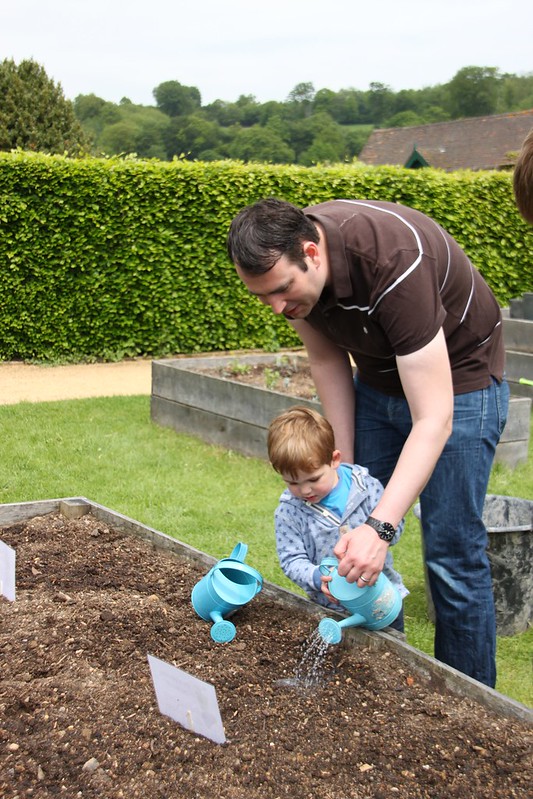 The gardens were absolutely beautiful – I guess all the rain has been good for something! 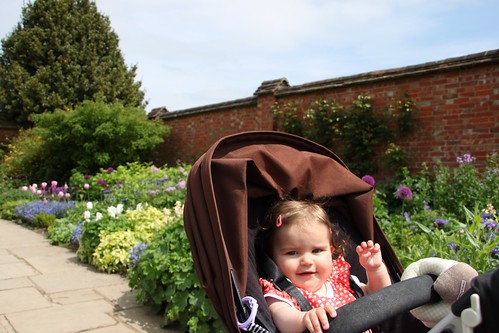 Loving the wisteria (and proud of how much we’ve managed to load onto one buggy!) 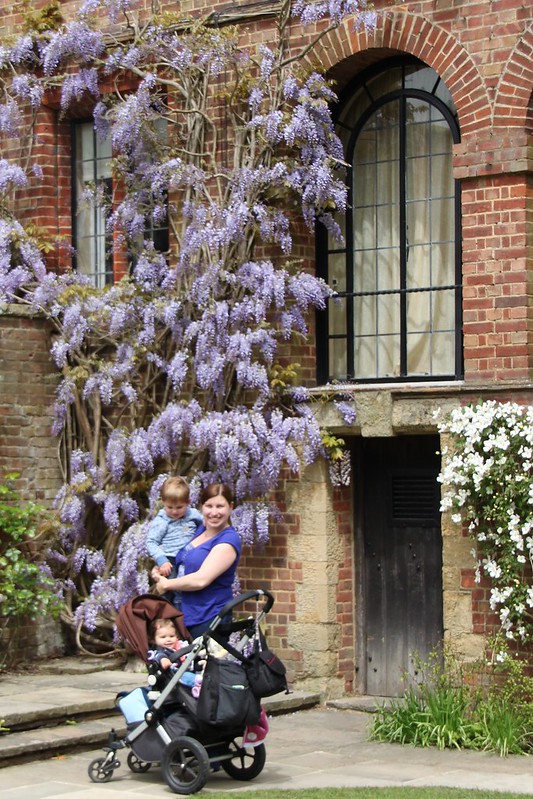 Yesterday has inspired us to try and get out to more National Trust properties – and also to start working our way down their fabulous list of 50 things to do before you’re 11 3/4 with Alex and Sophie!  Alex has already done quite a few – Sophie not so much yet!!

Here are all our snaps from Chartwell: