I’ve been a bit quiet on the blog front – sorry about that!  It’s felt like a busy couple of weeks, although now I look back at my diary to think about what to share, it seems like we haven’t done very much at all!  So this will  mostly be a picture post!

We haven’t strayed far from Herne Hill since the weather has gone cold again – but we did spend a fun afternoon up in London Bridge at Borough Market last weekend.  Alex enjoys munching samples from all the food stalls (mostly cheese – his favourite!) and despite the very cold weather, he ate a vast ice cream: 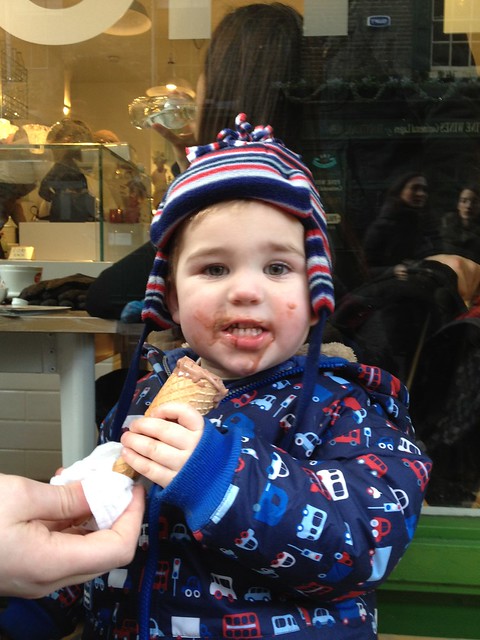 He got very excited to see The Shard (tallest building in Western Europe), although declared that “it wasn’t a building, it was a rocket” – which was a fair observation given its shape!

We’ve had some really fun playdates over the past week – which sadly it appears I didn’t take any pictures of!  On Saturday, our NCT friend Helen and her son Angus dropped in on a visit from Cambridge.  Joined by Shelly and her son Ralph, we had a lovely time catching up, eating cupcakes (made by Alex!) and watching the boys play.  And on Monday, NCT friends Tiggs and Shelly and their boys Ralph and Max came for lunch.  It felt like quite a watershed moment as us mums were able to sit in the kitchen eating lunch and chatting whilst our boys played together in the playroom.  No tears or tantrums – it was heaven!  Quite a change to 2 years ago when they were all babies needing constant attention!

Charlie, Phoebe and Henry popped in for a playdate at the weekend, and Phoebe enjoyed a Sophie cuddle – there’s a future babysitter in waiting! 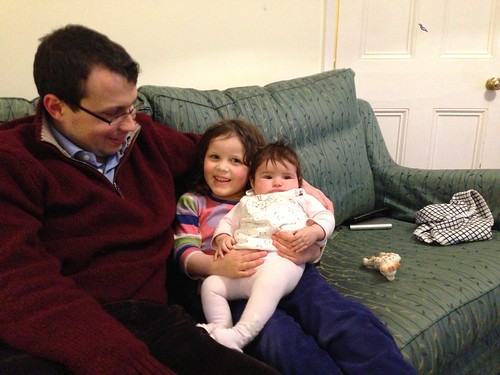 Alex continues to love his days with Jacqui, his childminder.  I get fab photo updates from her – here’s Alex being super keen at a playgroup.  He loves stories – and clearly likes to be as close as possible to the action! 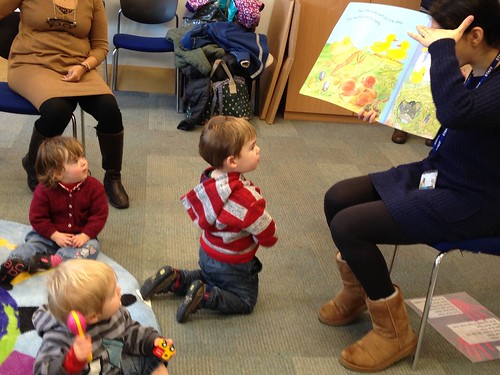 In other news, I put Sophie in some comedy dungarees (doing that thing where I realise she’s growing out of all the clothes we bought when she was born) – she wasn’t very impressed: 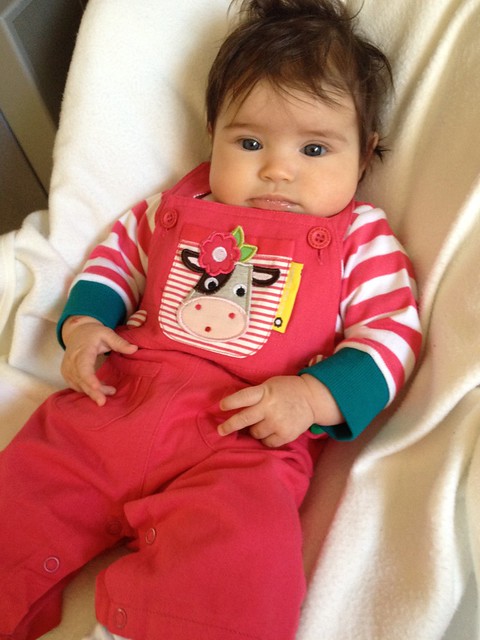 Other milestones in the past couple of weeks include: 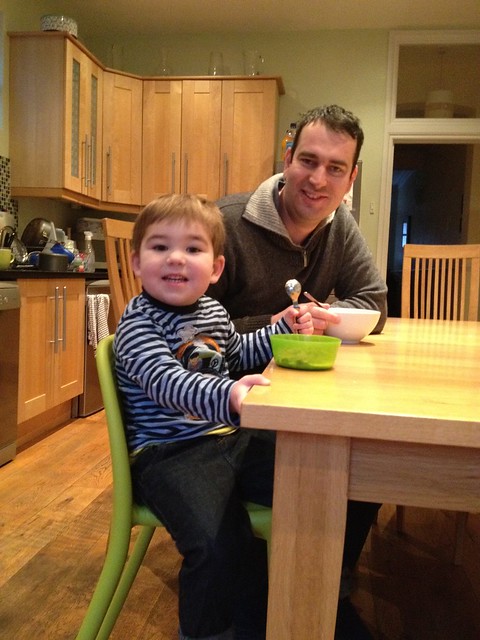 To close – here’s Alex and Sophie in deep conversation 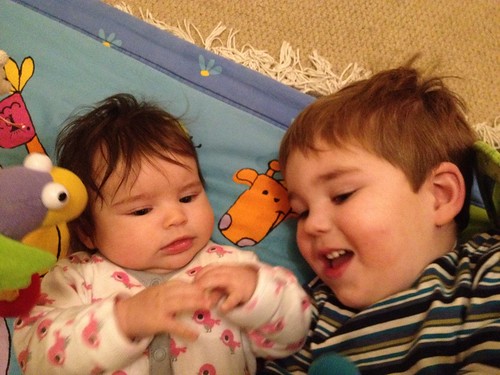