Just time for a very quick post to share some snowy photos.  I’ve been surprised at how much snow there’s been in our part of central London – what seemed like very light snowfall ended up with a significant amount on the ground and surprisingly challenging conditions!  Have only managed to get the car out on the road once in the past four days – living on a pretty steep hill in icy conditions isn’t fun.

But Alex has had a blast!  He wasn’t sure about the snowfall when he was one, but this year, he has loved it!  He made his first snowman with his childminder on Friday, complete with carrot nose.  And at the weekend, Matt introduced him to his first snowball fight!   He found it hysterical and spent ages scooping up snow (no mean feat in his bulky gloves!) and smearing it on Matt and I!  This occupied quite some time outside our house and in Brockwell Park on Sunday.  Here he is wrapped up in his snow gear having fun near our house: 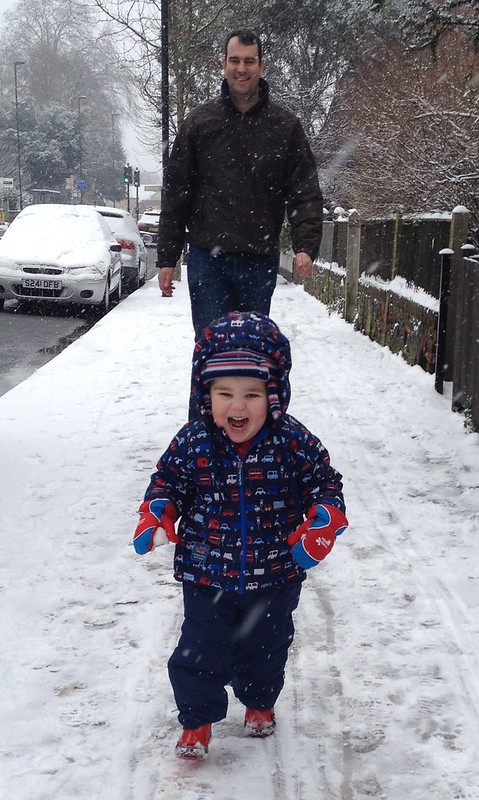 I must admit, I’m longing for Spring and pleased to see the snow slowly thawing – with a small baby, I’m feeling quite housebound as pushing the buggy through the slush is almost impossible, and I’m scared to carry her in case I slip and fall.  And many baby/toddler groups have been cancelled due to the conditions, so it’s been tough occupying Alex.  Thank goodness for Pixar movies!

Just in case you haven’t had enough snow, here are a few more snaps from the past few days:

Not much else has been going on.  Sophie had a horrid sleep regression last week which wasn’t much fun, but fingers crossed that seems to be improving and she’s back to only waking once or twice in the night.  She’s tough to settle in the small hours, but I’m still getting enough sleep to survived.  Can’t write more as Sophie is just waking up from her nap.  So to close, here’s a happy Sophie snuggled up in a funky combination of clothes 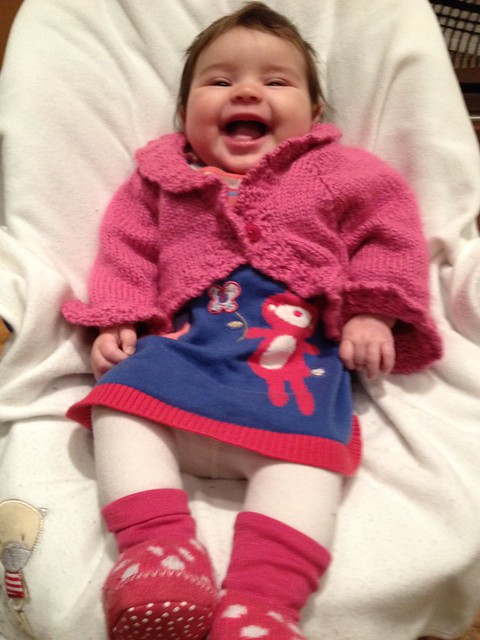 And Alex and I enjoying a bedtime story together: 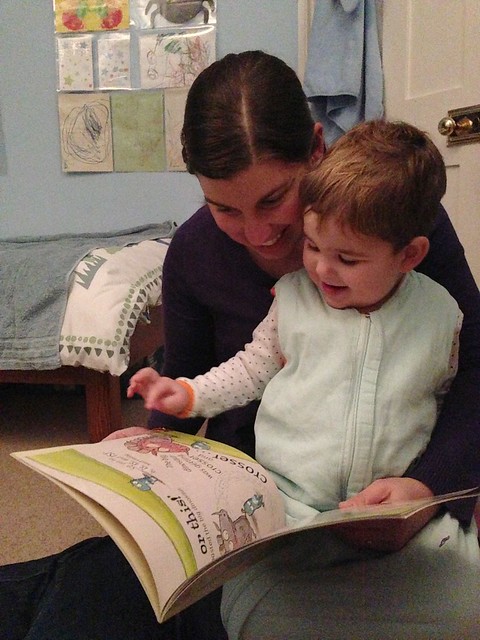