It’s been a pretty quiet November so far with no visitors or weekend obligations – so we’ve been trying to get out and about as a family and check out some local attractions.

We headed out to Westfield Stratford City a couple of Sundays ago for a spot of shopping and sightseeing.  It was exhilarating seeing the Olympic Park looking so close to completion – the stadium looks incredible and the torch is enormous!  Felt really quite excited at the prospect of 2012 (and even more so now we managed to get tickets to some of the warm up events in the new year).  Alex was on great form and coped well with being dragged around multiple shops.  He did insist on walking a lot, which was great for him but certainly slowed the purchasing (probably a good thing!).  He had a massive lunch in Giraffe and absolutely loved playing in the little area for toddlers – he insisted on playing on everything. 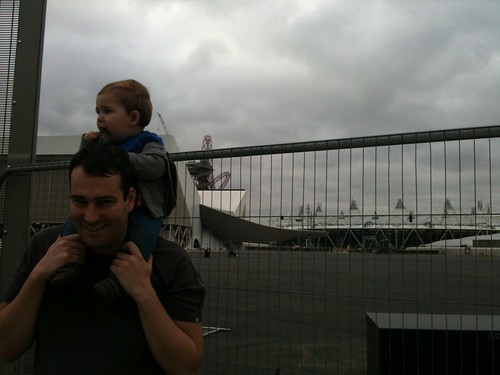 Last weekend, we headed up to London on a couple of little expeditions.  On Saturday we braved the King’s Road (mostly so Matt could eat his fill at the little farmers market there and I could buy a Cath Kidston case for my lovely new iPhone 4S) – but I think Alex enjoyed the bustle of the city.  He certainly liked the Peter Jones Christmas lights!

On the Sunday we did something much more fun for him and headed to South Kensington and the museums.  We started at the Natural History Museum where we visited the Wildlife Photographer of the Year expedition.  Alex loves looking at pictures, so we hoped he’d enjoy the exhibition – but instead he prefered to run around the dark room, resulting in Matt and I crawling around after him around people’s feet.  Pretty embarrassing, but quite amusing!  We wisely chose to get out of there quickly, and moved on to the Science Museum where Alex loved the LaunchPad and Listening Post.  We’ll definitely be back there soon.

Today we’ve had a fabulous day at Godstone Farm in Surrey with friends. In the news a couple of years ago because of a major E.coli outbreak, we weren’t entirely sure what to expect!  But it turned out to be a brilliant place – we easily spent a few hours meeting a range of animals, exploring the nature trail, playing in the soft play barn and eating a huge lunch.  Alex LOVED it.  Here he is meeting some guinea pigs: 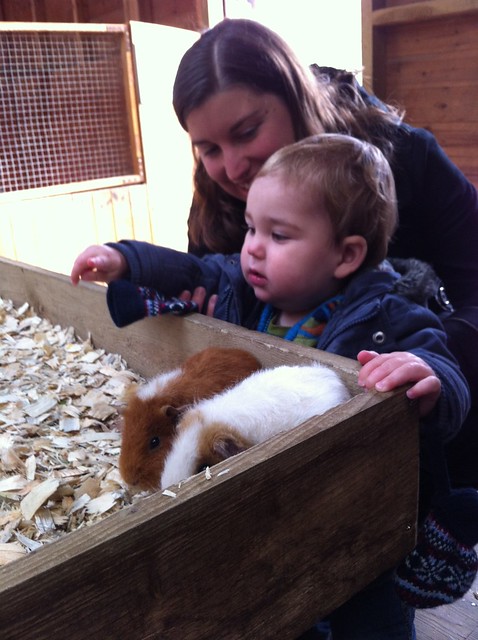 And here’s Matt with Alex and Henry before the tackle the slides: 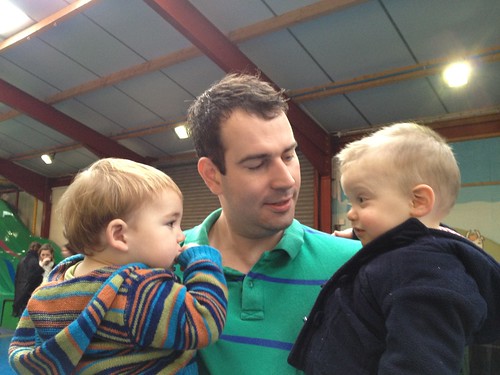 So we’ve had a lovely few weekends, punctuated with loads of playing in the Autumn leaves in our local park.  We’ve put quite a few pictures on Flickr of park time, but here’s my favourite of Alex running through the leaves: 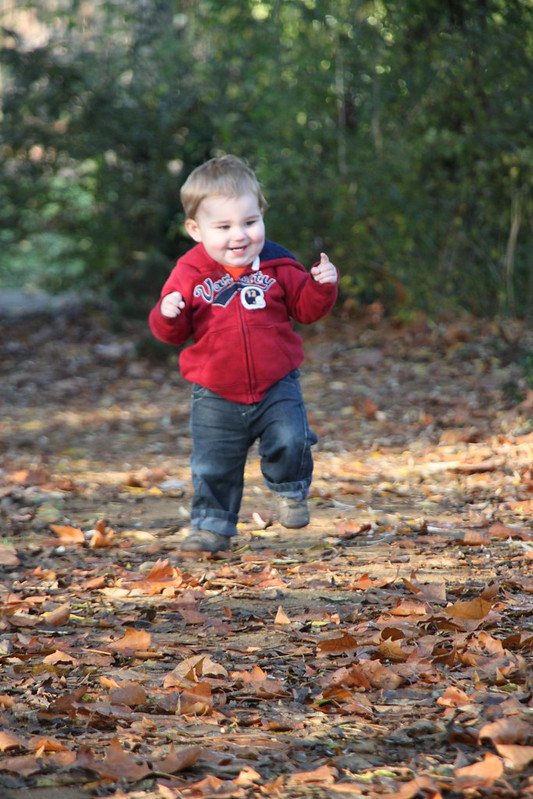