Alex has been on top form today.  It was a pretty quiet day – power pramming this morning, followed by lots of playtime at home.  But unlike most days when he has pretty grumpy spells, he was happy, alert and smiling all day 🙂  So I thought I’d share a few pics of him today – nearly 6 months old! 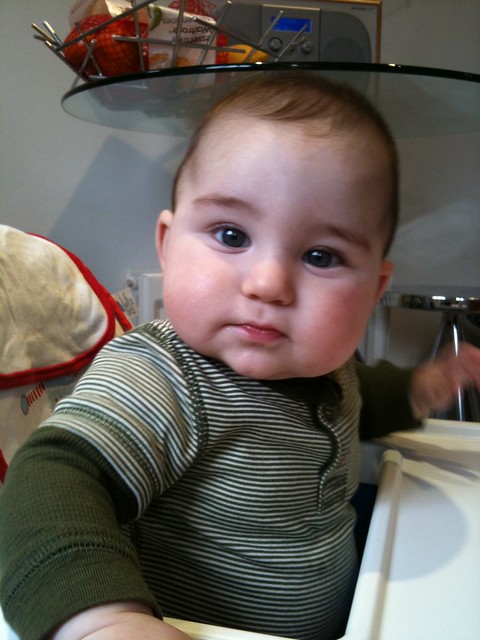 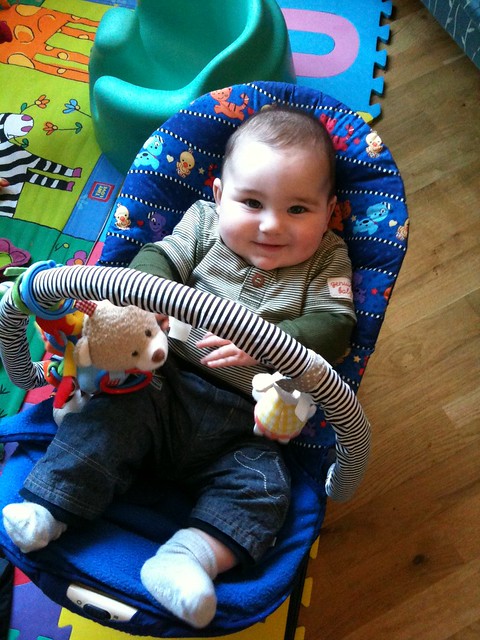 And we tried some steamed broccoli this afternoon – I decided to let him play with it and feed himself rather than puree it.  His face shows that he wasn’t too sure about the flavour, but he managed to eat some of it (ignore the slightly too festive bib!).  I should have photographed the floor afterwards – I’ll be finding bits of broccoli for days.  Next time I’ll get out my plastic mat for underneath – or try a slightly less messy food! 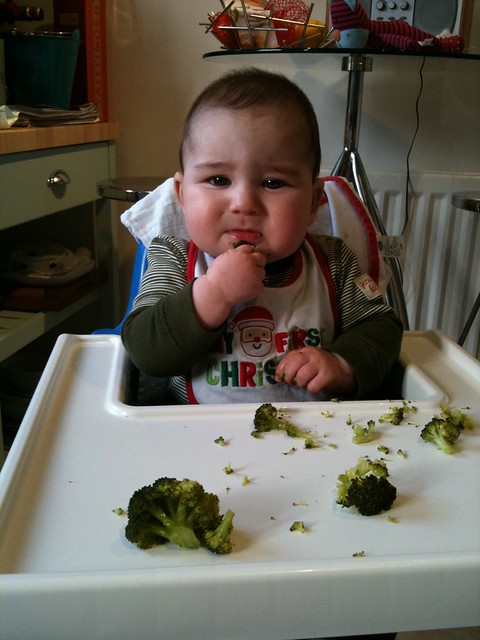 Just before bed, Alex was in a particularly fine mood on his play mat, so I took a quick video of his babbling.  Check out the chubby legs!

Today was such fun with him, that I’m feeling quite sad that next week he’s starting settling in with his new childminder, Jacqui.