Tomorrow marks the end of another spell of Covid-19 home school – and not a moment too soon! The children have only been in school for 4 days since November due to class bubble closures, our home Covid outbreak and then the new year national lockdown. They’ve gone to bed tonight as excited as they do on Christmas Eve! After months of spending every day at home with only each other to play with, the thought of getting to see their friends all day tomorrow is thrilling!

I’m as excited as they are. I confess I’m a little giddy at the fact I’ve not been busy on Google classroom this evening downloading worksheets and wondering whether we’ll get through Monday without a tantrum or work strike! The past few months have been utterly relentless with the juggle of home school and our jobs. We’ve been lucky enough to have a local artist helping us out for a couple of days a week, otherwise our jobs mean we’d have had to regularly ignore the kids for hours.

I certainly know a lot more about fractions, part whole models, fronted adverbials, the parts of a flower and many more random pieces of information that I thought I’d forgotten 35 years ago when I was in primary school! But I’m looking forward to returning to being just mum tomorrow (and being able to focus on work when I’m working!)!

I was just looking through my phone to remember what we’d been up to recently, and there weren’t many photos there. We’ve mostly been visiting our local parks for our daily time outside or pounding the pavements around South London. But there were a few more exciting experiences were buried amongst the photos of school work for Google Classroom…

Back in January we cycled up to Dulwich Woods for an extremely muddy walk one Sunday.

The children loved climbing the trees and finding the muddiest routes along the paths!

We took a flask of hot chocolate with us, and enjoyed a sneaky mug to warm us up before cycling back home.

Probably the most exciting experience of this lockdown (and indeed the last year) was an actual snow day in London! When the first flakes fell, the children rushed outside and did their best to catch snow on their tongues and have a mini snowball fight!

But remarkably the snow actually settled – a real rarity in London – bringing so much joy to lockdown life for a few hours! Sophie spent ages collecting snowballs to throw at her brother, while he made the smallest snowman ever!

After we’d used up all the snow in our garden and on the path outside, we headed down to our local park which was looking so pretty.

The snow ball fighting continued until everyone’s hands were too cold!

It was such a special day, especially for Alex and Sophie who can barely remember seeing snow!

With the weather a little milder, we’ve managed to explore a little further afield. Matt and Alex continue their Sunday bike rides, occasionally sneaking North of the river for a spot of sightseeing while London is so quiet.

Meanwhile Sophie and I have enjoyed long runs/scoots to Nunhead Cemetary.

But mostly, we’ve stayed tucked up in our house. Alex continues his music – he’s been doing his theatre club online at the weekends, including more workshops with West End performers which have been a real highlight. Here he is singing a Beach Boys song during a school online lesson to his classmates!

Sophie’s been doing online gymnastics classes each week, and during half term they ran a family session – so here’s my duo doing some pairs gymnastics together!

A project they’ve been working on with Dolly, our brilliant helper, has been decorating Sophie’s dolls house!

And of course, we’ve continued our excessive amounts of baking! Alongside our usual cakes, Sophie made jammy dodgers and Alex created cup cakes that looked like burgers! We tried lots of different toppings on pancake day and even made an afternoon tea for Dolly’s 30th birthday.

We’ve enjoyed the recent spring weather, especially since it’s meant more people are out and about to bump into! It’s been such a treat to occasionally see friends particularly for the kids who’ve been so lonely at home.

Last weekend, they found their best friends Sam and Una in the local park trying their new tightrope – so much fun!

I’m feeling cautiously optimistic about the coming weeks and months. The thought of some normality for the children, their clubs restarting in-person and hopefully a haircut and colour for me is keeping me going! We’ve even got some tentative holiday plans in the UK so we can finally escape Herne Hill and see some countryside. Keeping everything crossed… 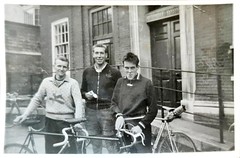 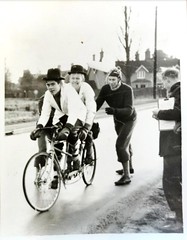