I’m curled up on the sofa next to the warm fire, with a movie on for the kids and a glass of wine, clinging on to the final few days of the Christmas break.  We’re thoroughly enjoying the holiday time in the capital.  After such a busy year, it’s been a real treat to slow down and take it easy – and frankly, after the amount of food we’ve eaten over the past week, it’s quite a relief to not move much!

But what about the build up to the big week…?

With both children now at the perfect age for the anticipation and excitement of Christmas, December has been great fun!  We all went to pick a tree together, the children directing the purchase decision!  They wanted something big, and made it very clear that a small option was just not on! 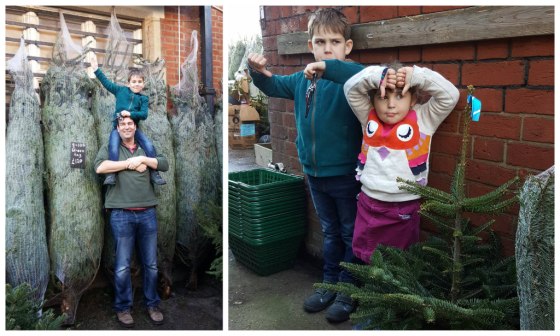 We thankfully persuaded them to choose something that would actually fit into our house – so we set off for home to decorate it!

Everytime I get the decorations down in December, I think that I really need to invest in something a little classier – but then once the tree is decorated, I remember that I love them just as they are.  No colour theme, nothing fancy – just a load of crazy colours and child-made baubles!  Sophie put the star on the top, and I must admit I felt rather proud of it in our siting room this year – after we spent the Summer redecorating, adding the wood burner and getting the floor restored 🙂 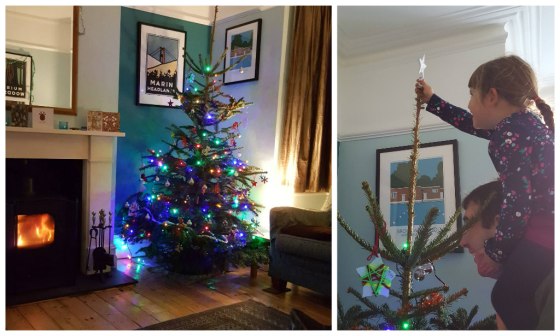 Throughout December, we visited as many Christmas fairs as we could squeeze in.  We particularly enjoyed Alex’s scout Christmas fair with the most ornately decorated gingerbread men I’ve ever seen! 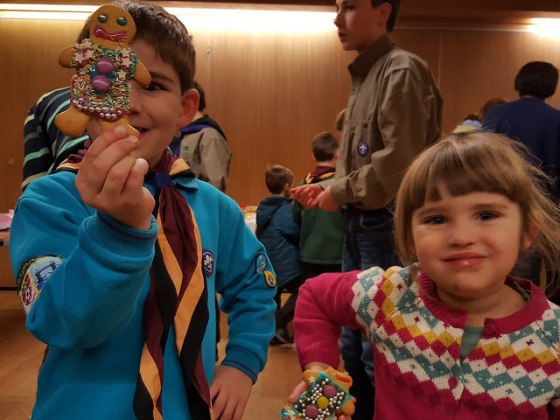 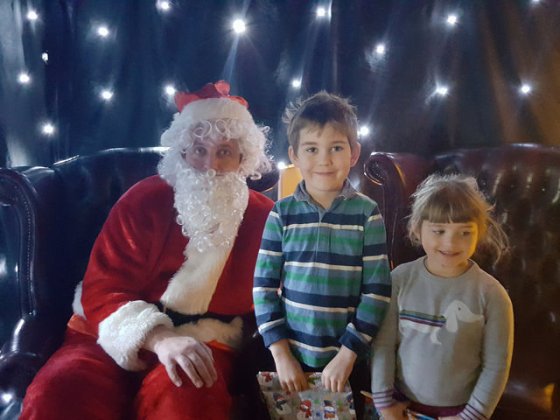 We spent one weekend afternoon writing our letters to Santa.  Alex did an amazing job with no help at all from us!  He said that he hoped that Santa and the reindeer didn’t freeze when they took off, and then asked for a Match Attax folder (for his football cards!), a Famous Five book and some nutella!  A thankfully manageable list!  Sophie was even easier, asking for Paw Patrol toys and a pain au chocolat (no idea where she got that idea from?!).

The last couple of weeks of school were packed full of carol performances, parties, bring your toy days and dressing up!  It was quite a relief to get to the school holidays!  Everyone was exhausted.

On the first day they were both off, Matt was working, so I thought I’d take them for a walk along the Southbank to see the Christmas markets and so we could pick up a final present for Matt.  Sadly, neither of them were in the mood for a long walk, and whined most of the way – but thankfully Pizza Express cured their woes (particularly the pudding course!). 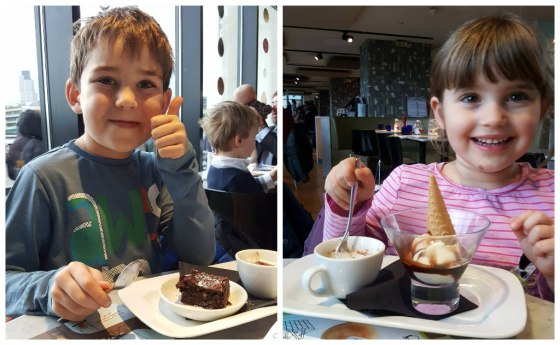 Christmas Eve went much better thankfully – perhaps as I had the moral support of Matt!  We had a lovely lunch in the little cafe on Peckham Rye, and then went for a long walk around the park and garden.  We explored the walled gardens and fountains together: 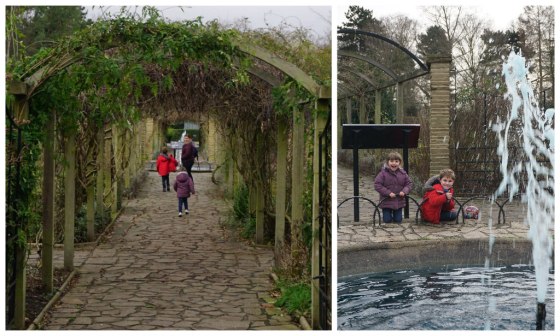 We ran around playing with a football and American Football for ages.

And, of course, we climbed trees!

We even managed to stay still long enough for some family snaps!

Then it was home to snuggle up and prepare for Christmas Day!  The children were so excited to leave out mince pies, carrots and drinks – and multiple viewings of the brilliant Arthur Christmas saw them nervously going to bed worrying about whether the elf scanner would say they’d been naughty or nice!  Thankfully, they were so tired from their long walk, there were no bedtime shenanigans, so Matt and I could settle down with wine, beef wellington and James Bond on TV.

Christmas morning started at 7.30am (phew!) when I heard the pair of them curled up in Sophie’s bed together chatting about whether Santa had come!  They weren’t disappointed, finding stuffed stockings in our room – and nutella and pain au chocolat for breakfast!

When we finally made it to the Christmas tree, they were thrilled to see the food they’d left for Santa gone and presents in its place. 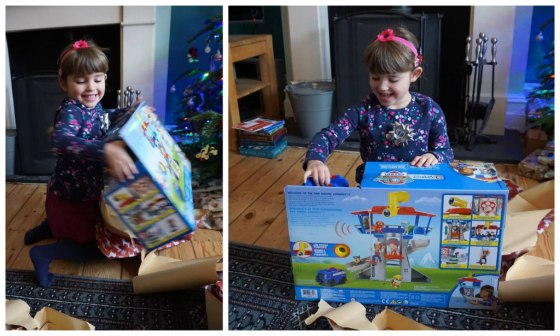 Sophie adored her paw patrol set, and her superhero cape collection she received from Auntie Elaine – and I spent much of the morning arranging football cards into teams in Alex’s new binder!  I know much more about football teams after that…

It was a mild day, so we made sure we got outside for some fresh air.  We just popped down to our local park at the end of the road for some cycling and playing – and since we had the camera, it was another opportunity for a family shot!

Alex and Sophie were keen to help out with the timer on the camera (note that it’s balancing on a random golf club we found!)

Merry Christmas from us all!  I hope you’ve had a wonderful family Christmas too!

One thought on “Our peaceful 2016 Christmas”