Last month started off with a wonderful weekend trip to the beautiful Mayfield Lavender Farm.  I’d heard about it quite a few times in the past but hadn’t imagined such a beautiful location could be so very close to central London!  The children loved running through the fields, spotting bees and enjoying the vibrant colours and smells.

We stopped for a cuppa (which much to Matt’s horror was lavender flavoured – he’s quite a tea purist!) and then spent some time doing some obligatory posed photographs amongst the flowers! 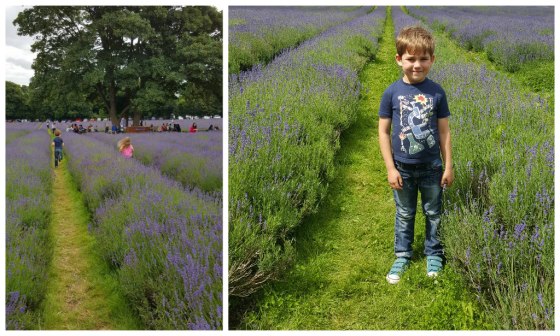 Love this one of me and my boy – who is getting so tall!

And with Sophie too – enjoying a bit of a tickle! 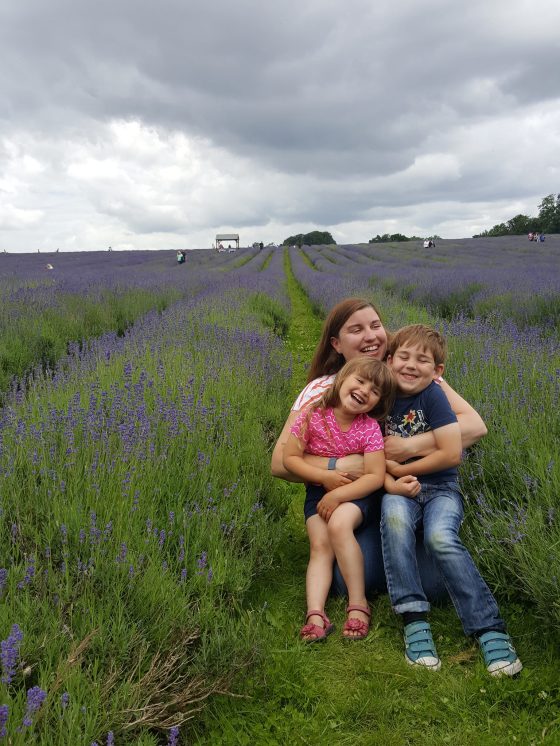 A few days later, things weren’t looking so rosey with Alex coming down with chicken pox and Sophie following suit a couple of weeks later 😦  My poor children weren’t looking quite so giggly.  Alex’s break out was particularly badly timed, as it fell in the week I had off between my jobs and when Matt was away climbing in Italy – so my wonderful free week of shopping, museum trips and spa visits became a week stuck at home alone with the kids.  Not quite how I’d imagined it, but nice that I could focus on helping Alex get better!

Thank goodness for Amazon Prime – I ordered a big batch of activities along with lots of yummy food, and we settled in for the duration.  Our favourite thing to do was pavement art.  Can’t believe we haven’t done this at home before!  We got a massive box of chalks and went crazy.  The kids worked together to draw a big snowman, which they decorated with white rose petals for snow!

And they drew lots of rainbows on the paving stones.

Alex made some space themed lego, and helped me arrange his solar system on his newly painted bedroom wall!

After days of lego, drawing, movies and frankly, a bit of boredom, we decided to escape the confines of the house and hit the local woods!  We went early in the morning to avoid people just in case Alex was still infectious and had a wonderful couple of hours running around in the fresh air.

There was lots of mud for jumping in and plenty of opportunity for climbing!

The children had a great time making home in this fab den someone had built previously – so we stopped for a snack in the shelter.

The next day, joined by my mum who came along to help in the last couple of days of the outbreak, we did another early morning trip – this time to Peckham Rye.  After a croissant breakfast in the lovely little cafe we explored the stunning walled garden which was fully in bloom with summer flowers – the smell was incredible and the colours so glorious.

I captured my new favourite photo of them running through the stunning flowers together!

So, while it wasn’t the greatest month for family Agar, we managed to fit in some fun in the end!