We’ve spotted boats on the Thames at London Bridge: 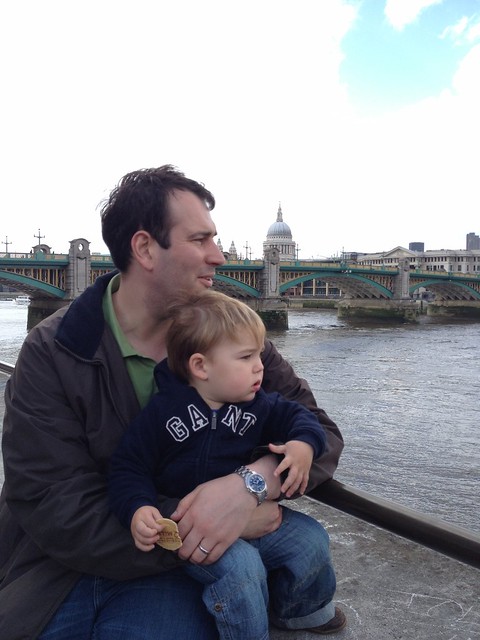 We’ve buried ourselves at the Brixon Rec softplay: 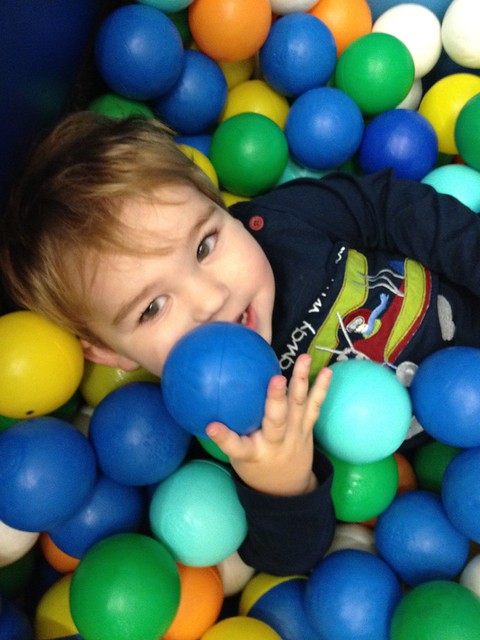 Alex has become the fastest Under-2 in Southwark – well, Alex won the running race in the Southwark Childminder’s mini Olympics – we have a medal and certificate!  Maybe his first of many titles 😉  Apparently Alex’s childminder taught him to say “I’m gonna win, I’m gonna win” before the race – and when the whistle blew, he sprinted as fast as he could.  He’s clearly inherited his parent’s competitive streaks!  Here he is walking home victorious: 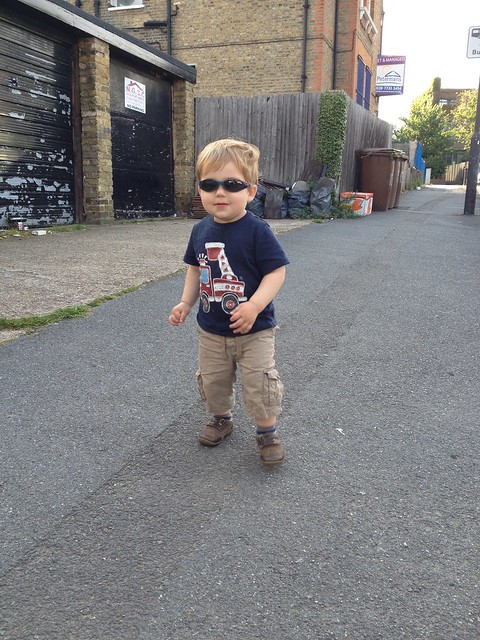 We’ve been out on our bikes; 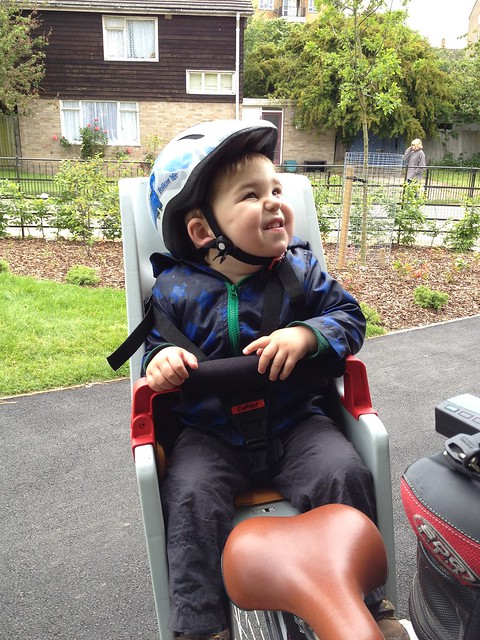 We’ve buried ourselves again – this time in sand at the Brockwell Park playground: 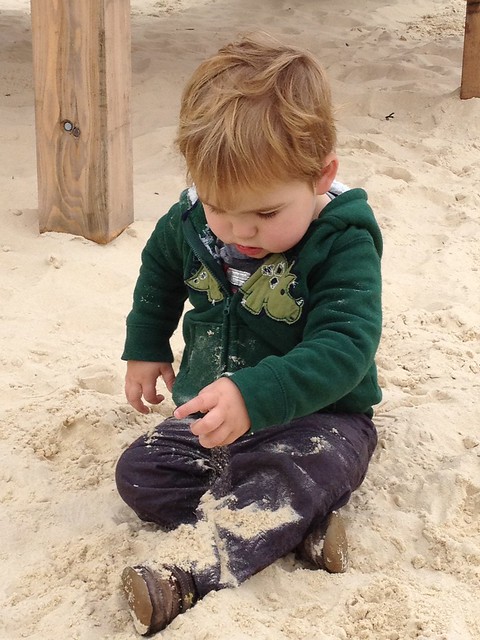 We’ve been on a tractor ride at Godstone Farm: 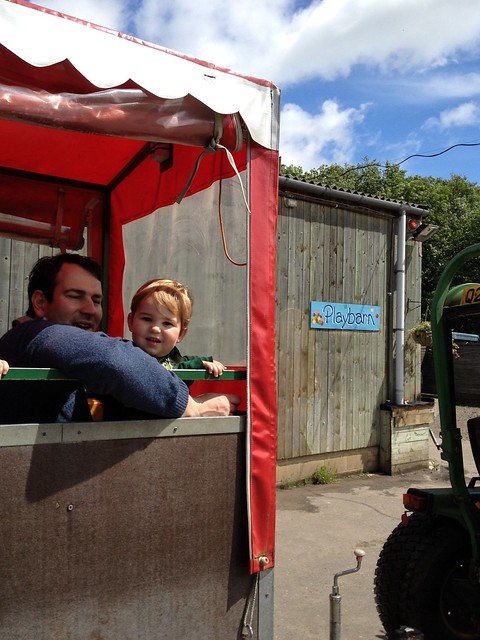 And we’ve ridden on our first fairground ride on our own: 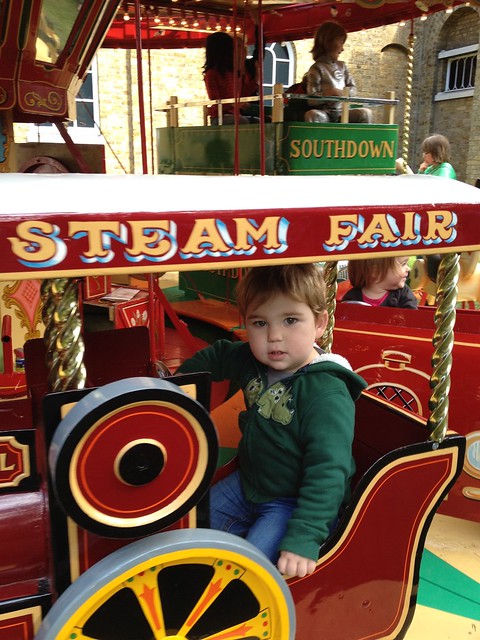 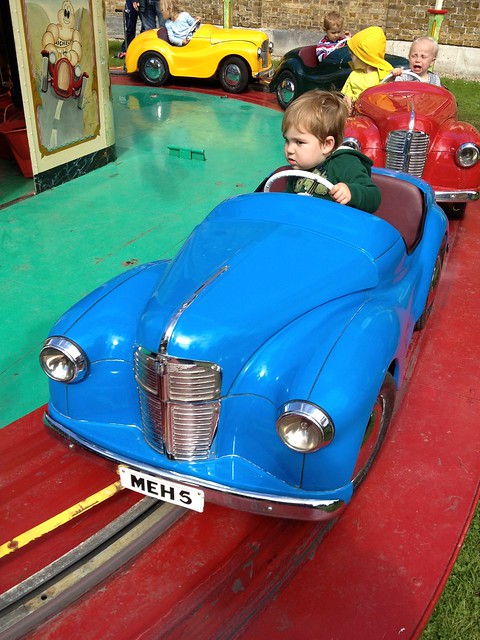 We’ve LOVED playing in the water play at Myatt’s Fields: 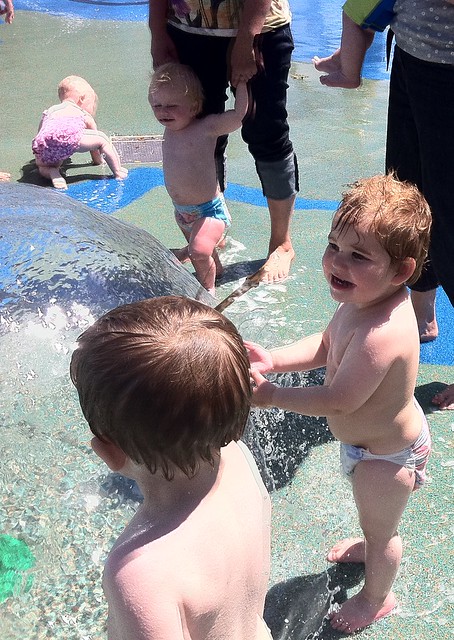 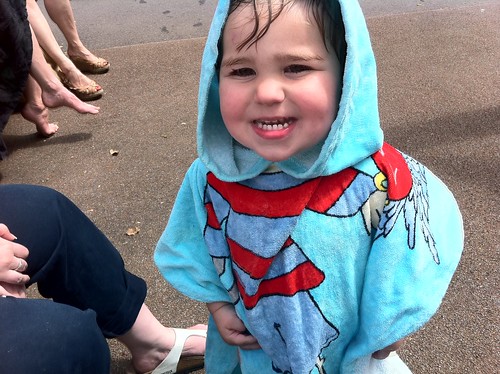 And fallen in love with a pink buggy: 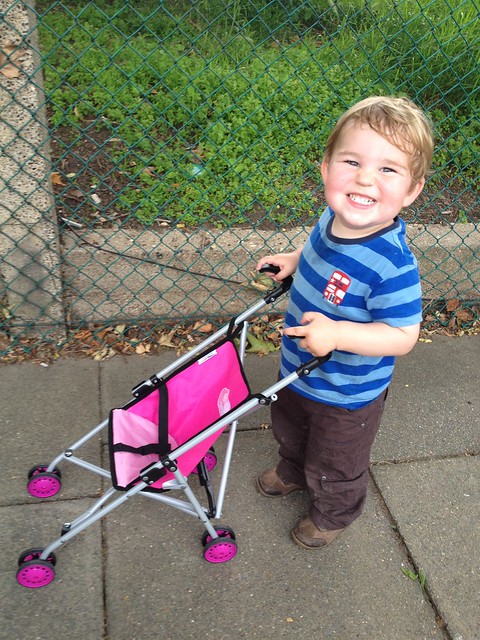