This weekend marked Alex turning six months old! I really can’t believe he’s been here for half a year already.  Although sometimes it feels like forever – it’s hard to imagine life without him now!

We kicked off Alex’s half birthday weekend with his second swimming lesson.  It wasn’t quite as successful as last week as he was in need of a nap – so he got a bit tearful after his three submerges!  But I think he enjoyed most of it – especially playing with a toy crab!

We had planned to celebrate the big day with a champagne lunch in a new restaurant in Dulwich Village, but it seemed that half of South London had also planned the same thing – so we ended up in Pizza Express across the road.  It was such a lovely mild day, we sat outside and enjoyed the fresh air.  Alex sampled some avocado from my salad which went down very well (and rather messily!).  Here he is playing with his favourite teething toy over lunch: 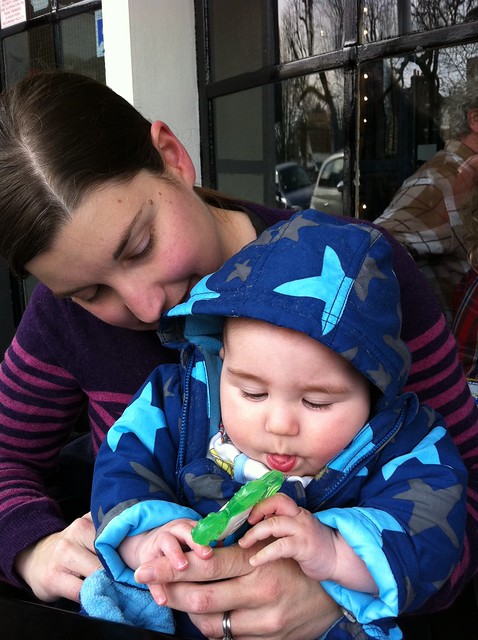 Today, we headed off on a family excursion to the Horniman Museum to visit the aquarium so Alex could look at the fish.  He seemed pretty interested – although it only distracted him for about 10 minutes before he got a bit restless. 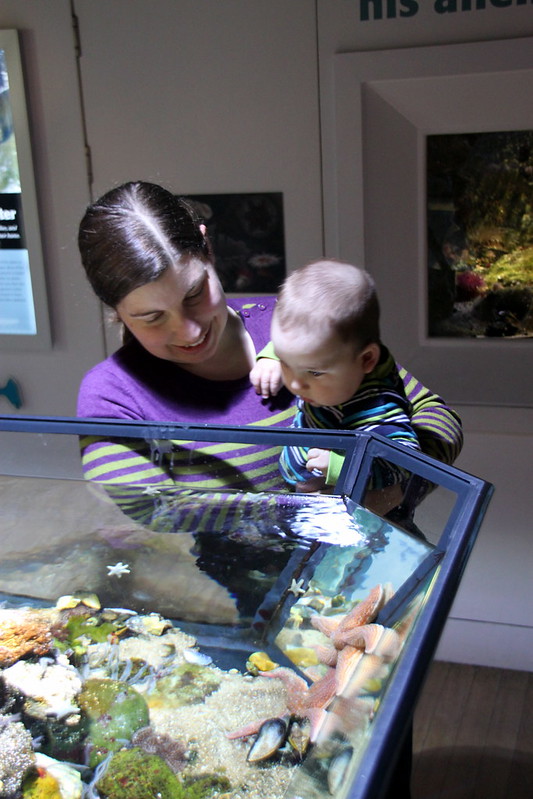 So, after stopping to listen to a fabulous live wind ensemble who happened to be performing in the museum (we made a quick exit when Alex decided it would sound better as choral music!), we wandered around the lovely gardens.  Alex is now sitting upright in his pushchair and I think he enjoys being able to look around more. 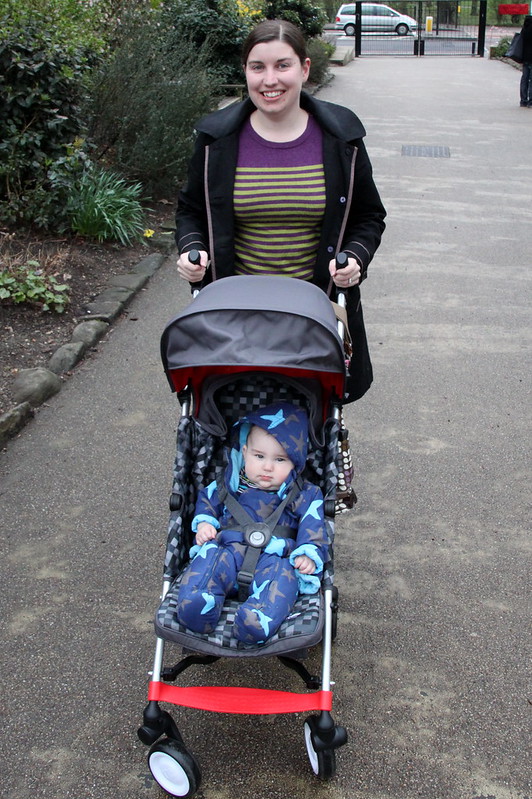 And as a special treat, here’s a silly video that Matt did this evening as Alex was eating his pears, apples and baby rice.  Please ignore my silly commentary!

This coming week is going to be a very important one as Alex starts settling in with his new childminder on Tuesday.  After a few days of Alex finally taking a bottle of formula, we started weaning him properly yesterday.  So he’s managed two full days without being breastfed at all between 8am and 6pm (which is the time when he’ll be away with Jacqui, his childminder).  He did surprisingly well, drinking plenty of bottled formula, and eating more solid food than normal.  I’m so relieved as I’d been really worrying about his feeding when he was away from me – I’m sure it’ll still be a challenging time as he settles in, but at least I know he can do it!  Phew! 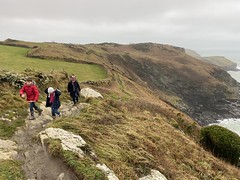 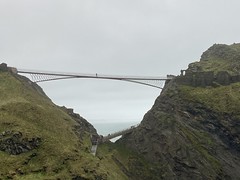